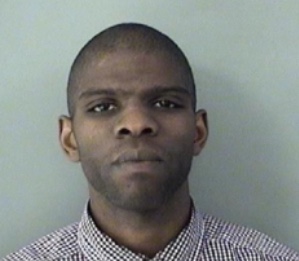 Arlington County Police have arrested a suspect in the attempted rape of a woman near Columbia Pike on Friday.

Police say Jermaine Johnson, a 30-year-old Arlington resident, broke into an apartment on the 800 block of S. Frederick Street, brandished a knife and tried to sexually assault the victim. She suffered minor injuries and was treated at a local hospital.

The perpetrator fled the scene of the crime, evading a police K-9 track and helicopter search, according to a police press release.

On Saturday police announced that Johnson was the suspect, “based on crime scene evidence collected and witness interviews.” Later that day, officers conducting surveillance in the Courthouse area saw him and gave chase. From ACPD:

While conducting surveillance in the 1700 block of N. Troy Street, officers observed the suspect flee from a residence. Following a foot pursuit, Jermaine Johnson was apprehended and taken into police custody. He has been charged with attempted rape and burglary and will be held in the Arlington County Detention Facility without bond.