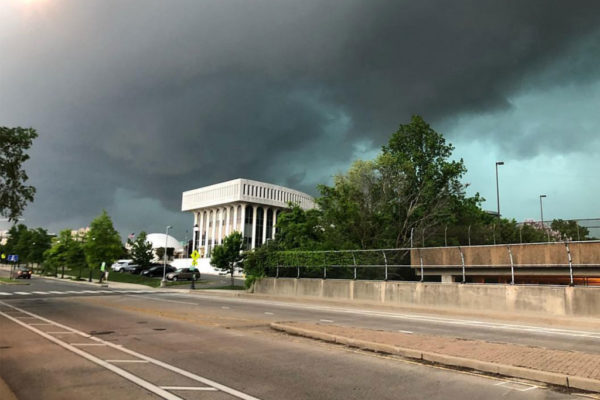 Arlington Named Fittest ‘City’ in U.S. — “Arlington has been named the fittest city in America, according to the 2018 American Fitness Index ranking from the American College of Sports Medicine. The Northern Virginia jurisdiction eeked out a win over last year’s champ, Minneapolis, by just a half point, with an overall score of 77.7. Minneapolis came in second with a score of 77.2.” [Washingtonian, USA Today]

Person Rescued from High Water — Firefighters rescued someone trapped under a bridge by high water following last night’s storms. Around 9:30 p.m., firefighters responded to the 2800 block of S. Glebe Road for a possible water rescue along Four Mile Run. The victim was removed from the high water and evaluated by paramedics. [Twitter, Twitter]

Airport Noise Battle Rages On — “Residents in several Northwest Washington neighborhoods aren’t giving up their fight against airplane noise from flights at Reagan National Airport. They are asking for a rehearing of their case against the Federal Aviation Administration from a full panel of the U.S. Court of Appeals for the District of Columbia Circuit.” [Washington Post]