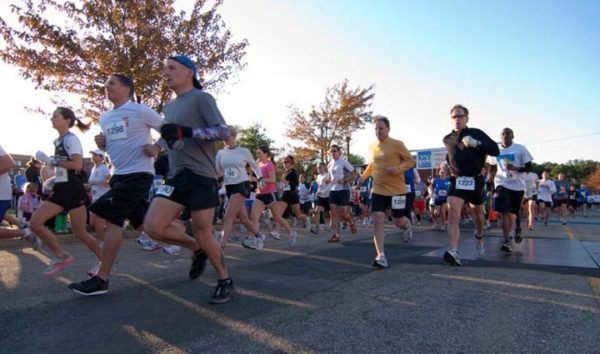 From Arlington’s vast array of workout options to the high levels of education and income among its residents, local fitness and health professionals believe there are plenty of likely reasons why Arlington was recently crowned as “America’s fittest city.”

The ranking was determined by the American College of Sports Medicine’s American Fitness Index and has made headlines across the country. In the report, Arlington was ranked the fittest city for “achieving a balance of both healthy behaviors and community infrastructure” as well as placing in the top 10 in 13 of the group’s 33 ranking indicators.

The report also found that 63.9 percent of Arlington residents are in “very good” or “excellent” health (compared to the report’s average of 51.9 percent), and that Arlington had lowest rate of smoking among its 99 peer cities at 5.9 percent.

Ginny Wright, founder and owner of BbG Fitness in Arlington, said she thinks income and education play a role in the county’s fitness ranking. According to the U.S. Census Bureau, the median household income in Arlington is $108,706 and the average age is 34.1. Arlington also has the highest percentage of residents with a bachelor degree in the D.C. area, according to the county.

Scott Parker, local restauranteur and co-owner of soon-to-open studio Bash Boxing, believes there’s a direct connection between people getting educated and understanding the importance of fitness.

“There’s definitely a lot of people here that care about being fit,” he said.

But Wright also noticed that there has been a significant increase in fitness studios and other gym facilities since she launched BbG Fitness 15 years ago, giving people considerably more options than they once had.

Chris Farley, owner of Pacers Running, estimated that there are 10 times the number of fitness studio options now since Pacers Running opened in 2004. But he also believes that the county’s bevy of trails has provided an accessible, scenic option for runners looking to get out of the gym — in all, the report found that Arlington has 49 miles of paved mixed-use trails.

Yet Kimberly Barbano, a trainer and instructor at Next Phase Studio, believes studios do more than simply give people options to work out. With instructors like herself on hand, she feels the county’s influx of studios has provided a valuable resource to Arlingtonians looking to get in shape.

“I think it’s really exciting and a testament to how hard the studios work,” Barbano said of the “fittest city” designation.

As an Arlingtonian for most of his life, Farley also believes people in the county simply have more driven personalities.

“Fitness really matters to people who live in Arlington,” he said. “They have the mindset.”

Dr. Reuben Varghese, the public health director at Arlington County, said Arlington’s ranking does not surprise him, as this is not the first report to award Arlington high health marks. But he cautioned that the fitness ranking only tells part of the story about the health of county residents.

“People are surprised that with life expectancy within a mile distance of Arlington between Rosslyn and the Buckingham area, there’s a 10-year difference of life expectancy,” he said. “So it’s very good news about the health behaviors overall are doing well. However, there are health disparities that do exist and so we need to remember we can always improve.”