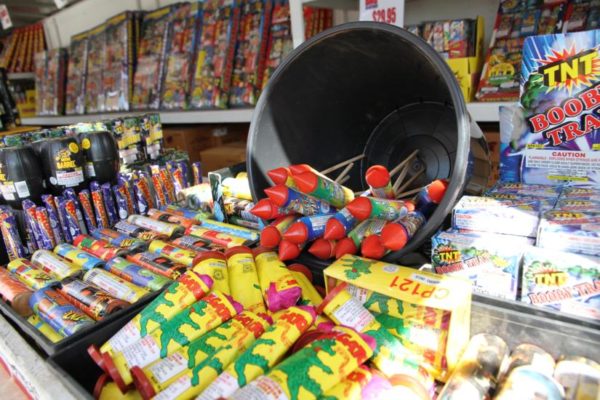 July 4 is just around the corner, and PETA is urging people looking to celebrate Independence Day in Arlington to abandon any plans to set off fireworks and avoid frightening local pets.

The animals rights group announced in a news release Monday (June 11) that its workers will start handing out leaflets across the D.C. area to spread the word about the lesser-known impact of fireworks on our four-legged friends. PETA notes in the release that animal shelters often become flooded with lost pets in the immediate aftermath of the holiday, after being startled by the sudden explosion of fireworks.

“Fireworks sound exactly like ‘bombs bursting in air’ to animals who end up fleeing in terror — some never to be found again,” PETA Vice President Colleen O’Brien wrote in a statement. “PETA is urging everyone to protect animals and other vulnerable members of the community by never setting off fireworks, which can carry a penalty of fines or even jail time.”

PETA is also recommending that pet owners keep their animals inside on July 4, and even close the blinds or turn on the TV or a fan to drown out the noise of fireworks.

The group also points out that local laws prohibit people from setting off many types of fireworks across the region. In Arlington, the county has a ban on projectile fireworks, as well as ones with sparks that reach higher than 12 feet in the air.

A full list of approved fireworks is available on the county’s website. The full press release from PETA, after the jump.

With the Fourth of July on its way, PETA is handing out leaflets to residents in the D.C., Maryland, and Virginia (DMV) area urging them not to set off fireworks–most of which are illegal in the metropolitan area–and to keep their animal companions indoors during the holiday.

PETA’s leaflets note that fireworks can terrify animals: Dogs have jumped fences, broken chains, torn through screens, and even leaped through glass doors in panicked attempts to escape the blasts. Animal shelters become flooded with lost animals, some of whom never make it back to their guardians. Fireworks can also be deeply disturbing to the elderly and people living with post-traumatic stress disorder and can aggravate the symptoms of those suffering from respiratory problems.

“Fireworks sound exactly like ‘bombs bursting in air’ to animals who end up fleeing in terror–some never to be found again,” says PETA Vice President Colleen O’Brien. “PETA is urging everyone to protect animals and other vulnerable members of the community by never setting off fireworks, which can carry a penalty of fines or even jail time.”

PETA–whose motto reads, in part, that “animals are not ours to abuse in any way”–encourages families to protect their animal companions by keeping them indoors (and, if possible, staying with them), never leaving them tethered outside, closing the blinds, and turning on a loud fan or the television to help drown out the frightening noises. Guardians should also ensure that animal companions are wearing collars with current identification tags and that they’re microchipped.