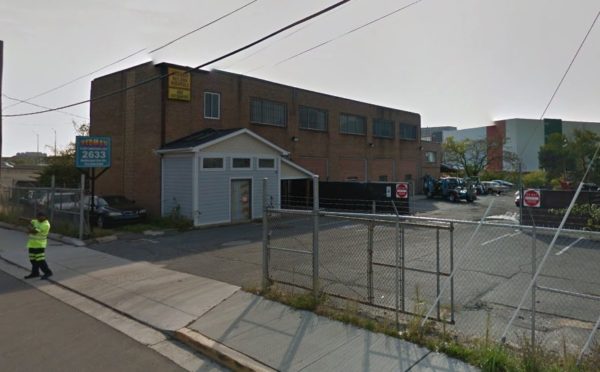 Arlington is shelling out $23.9 million to buy land that will someday become home to a new bus “operations center” in Nauck, marking an end to years-long negotiations over the property’s future.

The County Board voted Saturday (July 14) to purchase the site, located at 2629 and 2633 Shirlington Road. Arlington Transit plans to eventually store about 90 buses on the property, and eventually develop the space “as a base for ART operations,” according to a county staff report.

The county already leases about 2.5 acres of the roughly 3.5-acre property to use as bus storage, but it was paying $60,000 a year for the privilege. The remaining section of the land was once used as storage by the towing company Redman Fleet Services.

County leaders have eyed the property as an ideal site for additional bus storage for several years now, and considered acquiring it as part of a swap involving another in-demand piece of land: the Buck property near Washington-Lee High School.

The Arcland Property Company proposed trading its Shirlington Road property for a portion of the Buck site, which the county bought for $30 million several years ago, in order to build a self-storage facility on the property. But that proposal attracted pushback from the community, particularly as the county eyed the Buck site as one that could become home to a school someday.

Arlington’s budget pressures means officials still haven’t been able to plot out a long-term plan for the property, though the county did recently agree to allow some school system employees to use it for parking. The county plans to wrap a study of the property’s suitability for some sort of school building this winter.

Yet the Board was able to afford the Shirlington Road site without giving up any of the Buck property thanks to a mix of state and regional funding. Some state grants will pay for nearly $7 million of the $23.9 million price tag, with some recently awarded money from the Northern Virginia Transportation Authority adding another $2.7 million or so.

The NVTA doled out $39 million to help pay for the operations center’s construction as well, in addition to a new “heavy maintenance facility” in Springfield. ART recently opened a new “light maintenance” facility in Crystal City.