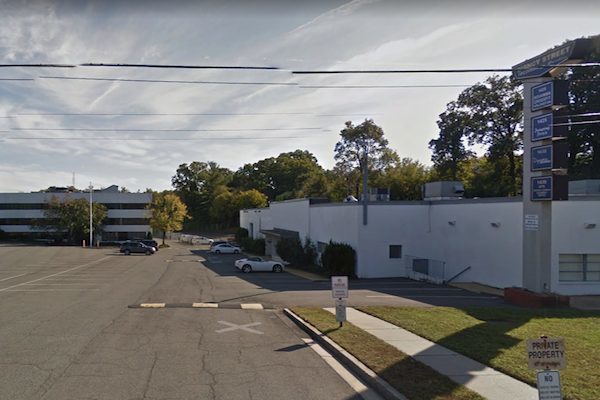 Someday, the Buck property near Ballston could be home to a new school, or for other county-owned facilities or offices — but for now, it’ll merely be used for parking for some school employees.

The County Board voted unanimously Saturday (June 16) to allow the school system to use 48 parking spaces at the site for at least the next two years. The School Board approved a similar initiative on May 30, clearing the way for Arlington Public Schools to park its “white fleet” at the site (1425 N. Quincy Street) and free up some space at the county’s Trades Center.

Arlington Public Schools struck a similar deal with the county last month to let some school bus drivers park their personal vehicles at the garage near Barcroft Park, as APS continues to buy more school buses and fill up its parking lots. This latest change would involve moving vans, SUVs and pickup trucks normally used by the school system’s maintenance workers over to the former Buck property, located just across from Washington-Lee High School.

“This is not a long-term vision,” said Board Vice Chair Christian Dorsey. “This is our management of a space that was always acquired with the purpose of being a piece of the puzzle in making sure the county can deal with its facility and infrastructure needs… How do we do something in the interim that’s reflective of using that investment wisely?”

The county agreed to shell out $30 million to buy the six-acre parcel back in 2015, and planners have spent months studying potential uses for the site. While officials have long hoped to use it for additional parking, the Joint Facilities Advisory Commission has considered a litany of other options as well, like building new APS office space, an additional 911 call center or even a new school on the property.

Yet County Manager Mark Schwartz revealed in his latest 10-year plan for construction spending that the county won’t have much money to spend on the Buck site. In all, his proposed Capital Improvement Plan calls for just $3 million in spending to make some minor improvements on the property, rather than moving ahead with any major changes.

Accordingly, that means the site will be open for APS parking, in the short term at least. The new lease agreement between the county and the school system will let APS use the site for the next two years, with the potential for six one-year renewals after that.

The move did meet with some community pushback. Some neighbors spoke at the County Board meeting and two different School Board meetings to express concerns about traffic noise at the site, particularly because workers will likely be arriving at the lot quite early — John Chadwick, the school system’s assistant superintendent for facilities and operations, noted Saturday that some employees will be at the parking lot as early as 3:30 a.m.

But Chadwick pledged to work with the community to mitigate any adverse impacts from this new arrangement. Additionally, School Board members stressed at their May 30 meeting that they hope the move is merely temporary, given the property’s potential to house a new school someday.

“Given the pressure on the school system to build new schools, I think there are many people that are hopeful that we’d begin exploring this site… to at least consider for a school,” said Board member Nancy Van Doren.

County staff noted Saturday that they’re currently conducting a technical and engineering analysis of the site, and that includes the property’s potential to someday serve as a home for new classroom space. They plan to wrap up that work this winter.