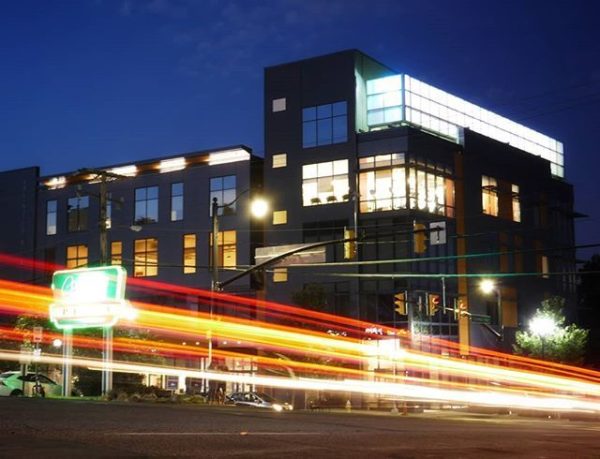 Amazon Hiring Local ‘Economic Development Manager’ — Amazon is hiring for a new position of economic development manager in the D.C. area, though the company says the position is not connected to its HQ2 search. Per the Business Journal: “Responsibilities would include working on site selection, ‘new corporate initiatives, site expansion plans and requirements,’ and working with ‘state and community economic development, workforce and labor, taxation, and other key government agency officials, as well as chambers of commerce, utilities, and other key public/private stakeholder groups.'” [Washington Business Journal, Amazon]

GW Parkway Traffic Woes — The kickoff of a new construction project caused bumper-to-bumper traffic on the GW Parkway yesterday. The project to repair the bridge over Windy Run is taking away one lane in each direction. Work is expected to last through early fall. [WJLA]

Free Food in Rosslyn Today — To celebrate the opening of its new U.S. headquarters in Rosslyn, Nestlé is planning to give away free food, drinks and ice cream at Central Place Plaza from 10:30 a.m.-2 p.m. today. [Twitter]

Dying Dog Becomes Internet Star — “The saying goes: ‘Every dog has his day.’ That day has come for Smoke the hound, now featured in a viral video as he scratches off items on his bucket list. Smoke recently arrived at the Animal Welfare League of Arlington with terminal cancer. Now, the animal shelter is making every moment count.” [WJLA]