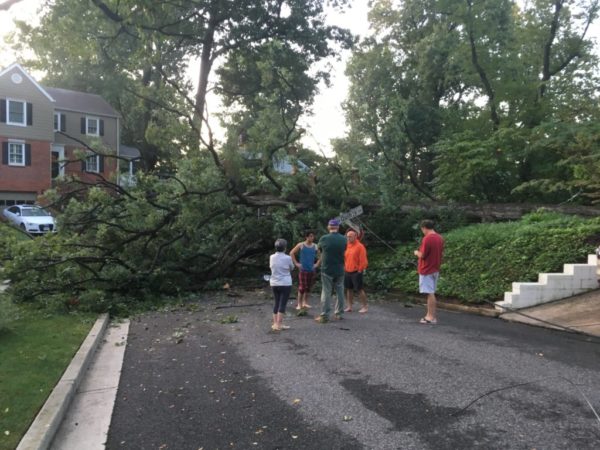 Crash Closes WB Lee Highway — All lanes of westbound Lee Highway were closed at Spout Run for part of the morning after a crash. [Twitter, Twitter]

Flyover Planned Today — A flyover of Arlington National Cemetery, in support of a funeral, is scheduled for 3:15 p.m. today. [Twitter]

More Buses for Rosslyn Commuters — “After initially providing no additional backup options for riders during the Blue Line shutdown and major Orange and Silver Line work that began Aug. 11, Metro is now making some changes… Without much fanfare or notification to riders, Metro said this week it will add four additional Route 5A buses between Herndon-Monroe Park and Ride and Rosslyn and L’Enfant Plaza each morning.” [WTOP]

Rep. Jim Jordan Coming to Arlington Fundraiser — Rep. Jim Jordan (R-Ohio) will be the special guest at a fundraiser for Rep. Dave Brat (R-Va.) in Arlington next month. The fundraiser is being held Sept. 7 at Washington Golf and Country Club. Jordan has been in the news this summer over accusations that he turned a blind eye to the sexual abuse of wrestlers while an assistant coach at Ohio State. [TrailBlazer]