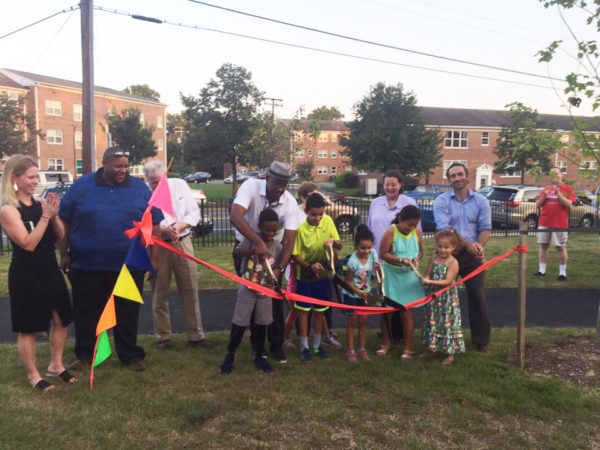 After two years of design and one year of construction, Tyrol Hill Park has finished the last phase of its construction and is open to the public.

Tyrol Hill Park is a two-acre park adjoining the Forest Glen and Arlington Mill Neighborhoods, with connections branching out into the nature trails of Glencarlyn Park.

Phase Four of the project finalized the park with a new restroom, picnic shelter, and paved plaza. Phase Four also added several furnishings to the site and added accessibility and stormwater management improvements. Earlier phases relocated and upgraded the Basketball and Volleyball Courts on the site, added a new gateway entrance, installed a new playground and added a picnic shelter.

The Tyrol Hill Master Plan was adopted by the County Board in 2003, but after years of inactivity the project was revisited in 2016 when a community survey conducted by Arlington County staff showed there was still support for adding a unisex bathroom to the site and that renovating the paths around the site was a top priority.