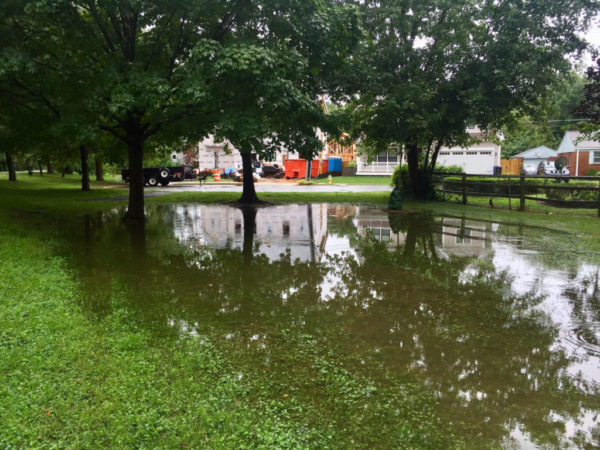 Memorial Bridge Closure Delayed — “Work on Arlington Memorial Bridge was scheduled to close all lanes this weekend, but with the expected arrival of Hurricane Florence, the National Park Service announced that the closure has been pushed back. Now, instead of Friday, the temporary closure of both sidewalks and all six lanes on the crumbling bridge is planned for 7 p.m. on Sept. 21 through 5 a.m. on Sept. 24.” [WTOP]

Economist Food Truck Comes to Rosslyn — Today The Economist is scheduled to bring its food truck to Central Place Plaza in Rosslyn from 11 a.m.-7 p.m. The truck offers “a taste of the future,” including free meatless burgers. Also offered: a 12-issue subscription to the magazine for $12. [Rosslyn]

Bezos and Amazon Board in Town — Amazon founder Jeff Bezos and the Board of Directors of his $1 trillion company are in town for meetings and a much-anticipated speech at the Economic Club of Washington Thursday night. Some speculate the board is helping to evaluate the D.C. area as a possible location for Amazon’s second headquarters, while the company has denied rumors that Bezos will be making an HQ2-related announcement during his speech. [Washington Post]

AFAC Asks For More Cash — “The Arlington Food Assistance Center (AFAC) has announced a special appeal to its donors, volunteers and the public to raise $50,000 to offset the funds lost when the Arlington government reduced its support… In fiscal years 2017 and 2018, the county government provided $50,000 in addition to the base grant of $477,925 to address a spike in families needing food assistance. The additional funding was not included in the fiscal 2019 budget.” [InsideNova]

Iota Book in the Works — The co-owner of the late, lamented Iota Club is trying to raise money online to compile a book showcasing memorabilia from the former Clarendon music venue. More than $1,000 of a $90,000 goal has been raised so far. [GoFundMe]