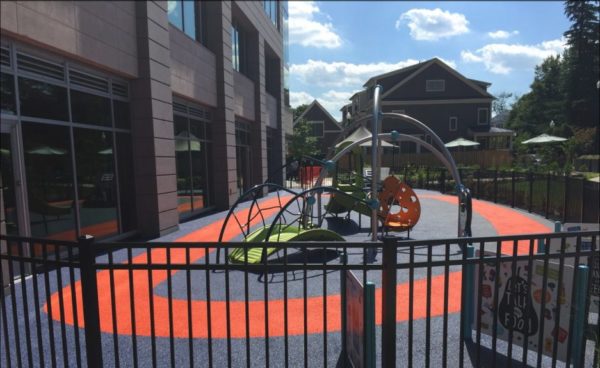 Arlington officials are outlining more details about potential changes on the way for the county’s childcare policies, raising the possibility that Arlington could soon allow more children in small daycare centers, cut back on the permitting and zoning requirements for daycares and reduce the number of staff required for each center to operate.

County leaders have spent years studying what they could do to make childcare more accessible and affordable for Arlington parents, signing off on some broad goals with a “Childcare Action Plan” this summer. But the County Board is also hoping to make some more specific tweaks to its childcare ordinances, and a survey released this week reveals some of the proposals officials could consider before the year is up.

The Board has already agreed to set up a new subsidy to defray childcare costs for families that don’t qualify for state assistance, and plans to streamline some of its online resources for parents looking to find childcare options. Yet, after holding a community forum on the topic this month, the Board could endorse a dozen or more separate policy changes this December.

The new survey looks to collect yet more opinions on the proposed changes. Chiefly, the county could soon allow up to 12 children in small, family daycare homes, up from the current limit of nine. That change would match state law, which permits up to 12 kids in such a setting.

The Board could also do away with its requirement that anyone looking to open a new family childcare center first secure separate “use permits” from the county, making the process “by-right” instead to speed the proliferation of those daycare facilities. Additionally, the Board could eliminate limits on operating hours for those centers, or allow them to open earlier or stay open later to better accommodate working parents.

Another option the Board could consider would be changing its zoning ordinance to set more uniform standards for daycares, in order to help compensate for a lack of permit reviews. New guidelines could include limits on the hours of outdoor playtime for kids or requirements surrounding screening and buffering for playgrounds.

As for larger daycare centers, the Board may also allow them to bump up classroom sizes across kids of various age ranges. For instance, the county currently caps daycares at 10 children per class for two-year-olds, 16 per class for three-year-olds, and 25 per class for kids ranging from 6 to 14.

The Board could choose to adopt state standards instead, including a limit of 24 kids for age 2 and 30 for age three, with no cap on the number of kids per class above the age of six.

Finally, the Board could reduce the number of caregivers each daycare is required to have on staff, or change up its educational requirements for daycare staffers. The county currently stipulates that daycare providers should have two years of college experience, with evidence of childcare-focused coursework — the Board could move instead to state standards, which require a high school diploma and a set amount of relevant experience and training.

The survey on childcare changes is set to close by Friday (Oct. 12).