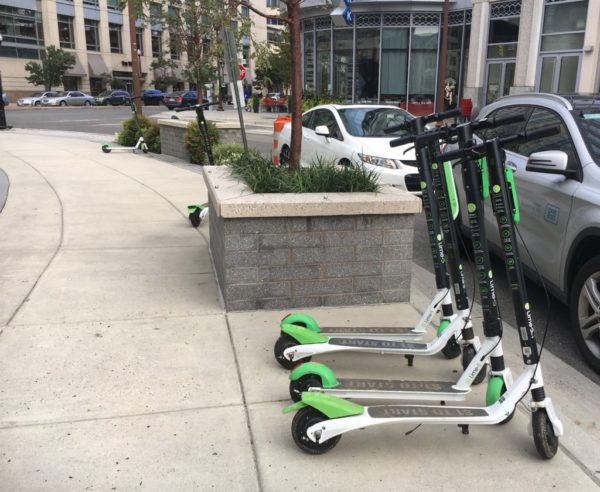 Lime has become the second company to start offering dockless electric scooters in Arlington, expanding into the county soon after officials signed off on a pilot program to allow more of the vehicles around the area.

The company successfully applied for that program and is so far only offering scooters, not bikes, in Arlington, according to county transportation spokesman Eric Balliet. Bird was the first company to drop its dockless scooters in the county this summer, though Lime has been courting support from the county’s business community for months now.

Even still, the company, which also operates in D.C., has been reticent to mirror Bird’s approach and deploy scooters in Arlington without the county’s blessing. But after the County Board signed off last month on a nine-month “demonstration project” for companies to test out dockless vehicles, allowing each company to operate up to 750 vehicles in Arlington over the length of the pilot, Lime jumped in.

The company did not immediately respond to a request for comment on how many scooters its deployed in Arlington. The terms of the pilot program allow dockless companies to deploy up to 350 vehicles right away, then increase the size of the fleet by 50 vehicles per month, so long as they can meet ridership targets.

Bird is the only other company to sign up to participate in the pilot program as of yet, Balliet said. County officials previously warned the Board that as many as 10 companies could ultimately apply, given the other firms already operating bikes and scooters in D.C., which is why they initially pressed for a lower cap on the number of vehicles allowed in the county.

County staff specifically mentioned Skip as one company looking to expand into Arlington right away, and CEO Sanjay Dastoor previously told ARLnow that the company is indeed interested in bringing its scooters to the county. Dastoor did not respond to a request for comment on his plans for the pilot program, and a quick scan of Skip’s mobile app shows only a handful of scooters currently in Arlington.

Not everyone seems thrilled to have more scooters on Arlington’s streets. A photo taken by a passerby and sent to ARLnow this morning, below, shows a Lime scooter snapped in half in front of P.F. Chang’s in Ballston. 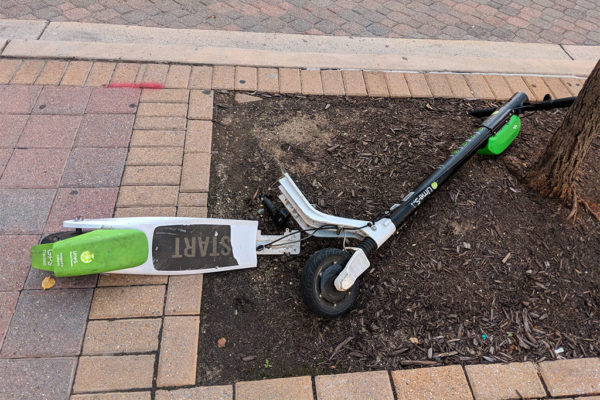 Read more →
More Stories
County Weighs Allowing More Renovations, Additions to Older Duplexes and TownhomesHealthy Paws: Obesity in Our Pets — An Ounce of Prevention is Worth a Pound of Cure