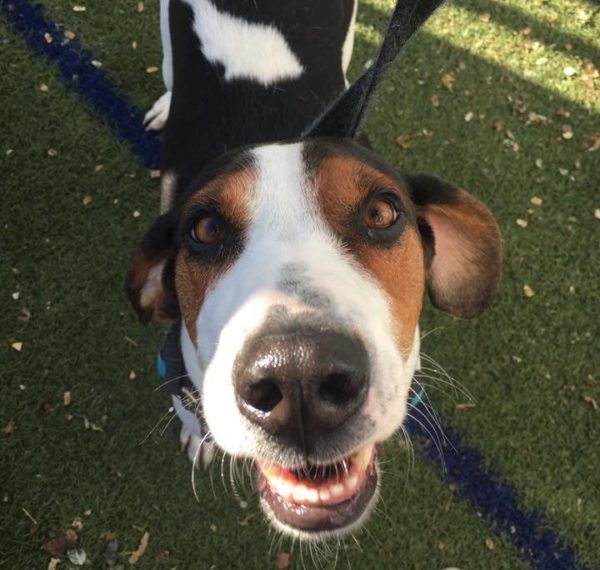 An Arlington pet rescue group says it has an urgent need for foster homes right now, with an influx of dogs displaced by hurricanes headed their way.

The Lost Dog and Cat Rescue Foundation is putting out a new call for people willing to take in a dog on a temporary basis, in order to clear some room in the group’s kennel to welcome the new arrivals.

Colleen Learch, a member of the group’s Board of Directors, told ARLnow that about 20 dogs arrived yesterday (Thursday), and her organization would love the chance to focus on those dogs, at least until it can arrange a few more adoptions. She says Lost Dog already has more than 100 dogs currently in its kennel, and the new arrivals will test the limits of their space.

“We really pride ourselves on having a strong volunteer network, and we rely heavily on that to deal with dogs that need to be in a home versus in a kennel, so we’re just putting a call out for as many foster homes as we can identify,” Learch said. “These dogs range from puppies to seniors… and they’re just looking for a home to call their own.”

Learch says the dogs come to Arlington from the Houston area, where her group has partnered with other animal rescue organizations to find homes for dogs displaced by Hurricane Harvey. Even though the powerful storm struck the area more than a year ago, Learch says the area is still feeling the impacts.

“Natural disasters devastate an area for a long time, that includes their impact on animals,” Learch said. “But we pledge ongoing support for these areas, and we’re there for them, and that’s really one of the beauties of it, bonding together and supporting these communities.”

Anyone looking to become a foster parent simply needs to fill out an online form on the foundation’s website, and Learch says her group offers a brief counseling session to prepare people to foster the animals.

But she also encouraged anyone interested in adopting the newly arrived dogs as well to give them a look, or even prepare for adoption by experimenting with a foster dog first.

“It’s a really good chance for people looking to try it out for a couple days or a week,” Learch said. “We always hear from people that so many dogs in Arlington are Lost Dog alumni, and we love that.”

END_OF_DOCUMENT_TOKEN_TO_BE_REPLACED

More Stories
Crystal City McDonald’s Reopens Following Months of RenovationsLetter to the Editor: Sending South Fairlington Students to Drew Would be a Mistake for APS