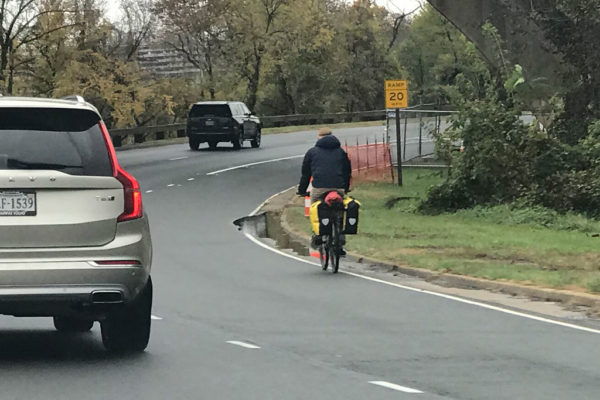 WWI Commemoration Sunday — “At the 11th hour on the 11th day of the 11th month of 1918, World War I ended with the signing of the armistice. One hundred years later, we are gathering to commemorate the end of the Great War with a ceremony at the Clarendon War Memorial to mark the hour and day the armistice was signed.” [Arlington County, Arlington County]

County Board Election Map — In Tuesday Arlington County Board election, John Vihstadt captured most of the precincts in residential North Arlington, as well as few in South Arlington — including Aurora Hills and Fairlington — but Matt de Ferranti won by capturing the precincts along the Metro corridors and around Columbia Pike. [Blue Virginia]

De Ferranti Says Economic Development is Top Priority — “My top priority will be to work on bringing down the office-vacancy rate so that we can afford to invest in our schools and Arlington’s future,” de Ferranti told the Sun Gazette. “The other priorities – housing affordability, renewable energy and child hunger – will also be areas I will work on, but the majority of my time preparing to serve will be thinking about how we can grow and attract businesses to help us grow and afford the investments we need for our future.” [InsideNova]

Arlington Ranks No. 2 on ‘Hardest Working’ List — Arlington is the No. 2 hardest-working “city” in America, second only to the San Francisco suburb of Walnut Creek, according to a new study. Arlington residents spend an average of 41.8 hours per week working and another 4.9 hours commuting, with 16.3 percent of the population leaving work before 7 a.m., the study found. [Haven Life]

ACPD Participates in Alzheimer’s Awareness — “Each year, the Arlington County Police Department (ACPD) encounters memory-impaired individuals, including regular contact with those enrolled in the Project Lifesaver program… Recognizing the importance of education and awareness about this disease for both officers and the community, ACPD is joining the many landmarks, cities and agencies who are members of Project Lifesaver around the globe taking part in Light the World Teal Day by wearing teal ribbons on their uniforms on November 8.” [Arlington County]

HQ2 in Crystal City Would Benefit Tysons, Too — The Tysons area is expected to see increased demand for housing and commercial real estate should Amazon open a large new office complex in Crystal City.  “I think Tysons will reap the benefits without having to suffer from the traffic issues that may come as a result,” said one university professor. [Tysons Reporter]