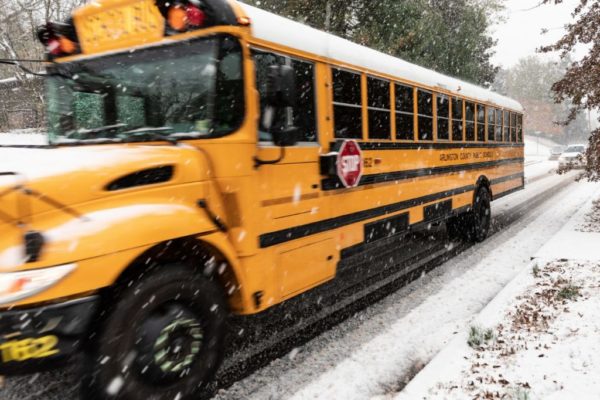 Chain Bridge Closes Due to Ice — Chain Bridge was closed for much of the morning rush hour this morning due to icy conditions on the bridge. Multiple crashes were reported, though the bridge has since reopened. [Twitter, Twitter]

Amazon News Roundup — Per the Washington Business Journal: The neighborhoods around the Rosslyn area might have been rebranded as “Capital View” had it been chosen for Amazon’s HQ2. The retro Americana hotel in Crystal City is hoping to stay put and revamp a bit as Amazon moves in. The Crystal City BID is working to expand its boundaries and, if successful, may be renamed the National Landing BID. Finally, while Virginia is mostly welcoming Amazon with open arms, in the other half of the HQ2 equation, New York City, Amazon is facing protests and opposition from local lawmakers.

Money Diary of a Local Parent — As part of a money diary feature, Slate asks: “How Much Does a Dad of Two Spend on His Kids During One Week in Arlington, Virginia?” [Slate]

E-CARE This Weekend — The Arlington Environmental Collection and Recycling Event (E-CARE), “a biannual event at which residents can safely dispose of household hazardous materials (HHM), bikes, small metal items and other recyclable items,” is set to happen this weekend at 1425 N. Quincy Street. The event is scheduled for Saturday, Nov. 17  from 8:30 a.m.-1 p.m. [Arlington County]