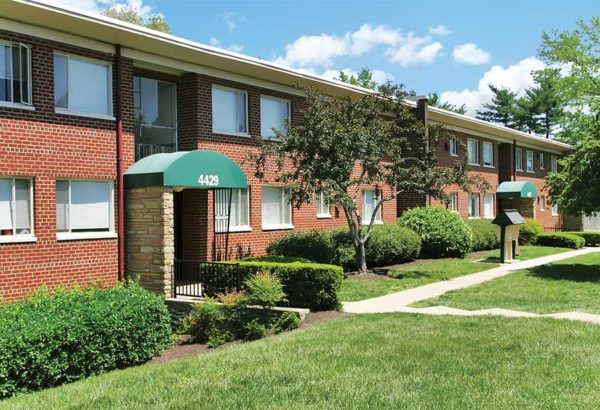 Arlington officials managed to create or preserve 515 homes guaranteed to remain affordable to low-income renters this year — but the size of that number masks the fact that the county still isn’t meeting its own affordable housing goals.

The county also managed to preserve another 294 existing homes to ensure their rent prices remain low enough to be deemed “affordable.” Though the term may seem subjective, officials define it to mean that a home’s monthly rent or mortgage, plus utilities, is “no more than 30 percent of a household’s gross income.”

The combined total of 515 units is down slightly from the 556 the county created or preserved last year, though up from 2016’s total of 322 homes.

But the master plan, adopted by the County Board in 2015, calls for Arlington to be making a bit more progress in this area by now.

The document sets a goal that 17.7 percent of the county’s available housing should be affordable by the time 2040 rolls around, meaning that the county will need to create or preserve 15,800 committed affordable units before then. That means the county needs to generate 585 net new affordable homes each year, a standard that Arlington hasn’t been able to hit since passing the master plan three years ago.

And with Amazon on the way, and fears about housing affordability growing, advocates see this latest report as yet more clear evidence that the county needs to take more aggressive steps to solve the problem.

“The county has been off-pace for meeting its AHMP goals since the beginning,” Michelle Winters, the executive director of the Alliance for Housing Solutions, told ARLnow via email. “They need to ramp up the pace in order to meet their own goals.”

Winters also points out that the 2018 numbers may be a bit misleading in considering the county’s progress toward its goals. The 294 affordable homes that the county preserved came courtesy of a loan at the “Park Shirlington” development in Fairlington, which Winters points out “is only guaranteed affordable for three years until the developer comes back with a proposal for long-term affordability (which may include fewer affordable units in the end).”

Of course, Housing Director David Cristeal notes in the report that the “desirability” of Arlington as a community has “made it much harder to find modestly priced housing, which lags behind demand,” complicating any effort to preserve affordable homes. The county has taken some steps to address that issue in recent years, particularly by creating new “Housing Conservation Districts” to protect older homes, and the Board has mulled expanding that program moving forward.

Yet Winters has often urged the county to use those districts to incentivize property owners toward affordable redevelopments, upping the number of affordable homes on the same property. Her group and others on the Board, including newly elected member Matt de Ferranti, have agitated for increased contributions to the county’s Affordable Housing Investment Fund as well, increasing Arlington’s ability to hand out loans and promote affordable developments.

Without taking more drastic steps now, Winters fears that the county will become even more unaffordable for low-income renters. She points out that the report also shows that the number of small, two-bedroom homes in the county continues to decline in favor of new single-family home construction, and that’s before the development boom most observers expect that Amazon will kick off in the area.

“This is evidence of our disappearing, older, more modest and previously affordable homes, replaced by larger high-end new construction,” she wrote.