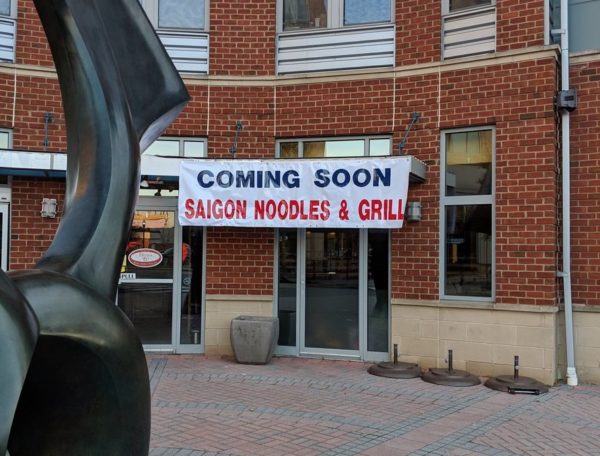 A new Vietnamese restaurant seems to be coming to the former Bistro 360 space in Rosslyn.

Signs posted at the storefront, located at 1800 Wilson Blvd, promise that “Saigon Noodles and Grill” is “coming soon” to the space.

The restaurant doesn’t seem to have a web presence as of yet, but county permit records show that Hien Nguyen applied for a permit for a new 80-seat restaurant in the space on Nov. 5. County officials have yet to sign off on that request.

Bistro 360 closed back in late May, after owner Art Hauptman decided to shutter the restaurant after four years in business.

Hauptman subsequently struck a deal with the D.C.-based Parlay Sports Bar and Lounge to open a “pop-up” bar in the space. He’d originally hoped to make the arrangement more permanent, but it ended up lasting only a few weeks.