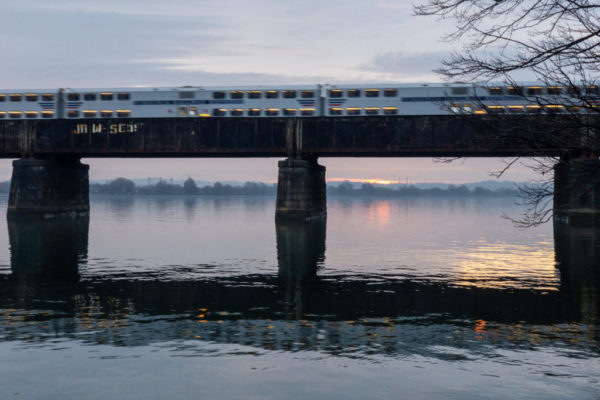 Rolling Thunder to Coming to a Stop — The 2019 Rolling Thunder rally will be the group’s last Memorial Day rally in the D.C. area, organizers say. The rally has brought thousands of bikers, along with road closures and motorcycle noise, to Arlington over the past three decades. [Washington Post]

The Gritty Pre-History of Crystal City — “Before development flourished (the entrepreneurs offered bargain rates to federal agencies), the area ‘was a conglomeration of places that sold junk, used tires, a drive-in movie theater, a run-down ice skating rink, second-hand materials — it was very unattractive…’ The industrial area leading to the Potomac Yard railway tracks for decades was bordered by sketchy bar-rooms of the 19th-century Jackson City and National Airport’s precursor, Hoover Field.” [Falls Church News-Press]

Seasonal Pop-Ups at Pentagon City Mall — A trio of “seasonal pop-up shops” are opening at the Fashion Centre at Pentagon City: Chukulata, a sweet shop selling crepes and other treats; PolarX Ornaments, selling holiday decor and personalized ornaments; and Trunk and Drawer, which “specializes in men’s fashionable undergarments as well as sleepwear, activewear and swimwear,” per a press release.

Stepped Up DUI Enforcement Underway — “To help spread the message about the dangers of drunk driving, the Arlington County Police Department is partnering with the U.S. Department of Transportation’s National Highway Traffic Safety Administration (NHTSA) to get drunk drivers off the roads and help save lives during the national high-visibility enforcement campaign, Drive Sober or Get Pulled Over, which runs from December 13-31, 2018.” [Arlington County]

JBG Buying More Sites in ‘National Landing’ — “JBG Smith Properties has reached a deal to buy a development site across from Virginia Tech’s planned innovation campus in Alexandria, part of a larger strategy to acquire land in and around the National Landing area that includes Amazon.com Inc.’s new headquarters.” [Washington Business Journal]

Nearby: Old Town Getting Left Behind? — “The old guard of Alexandria, mainly in Old Town, has for decades wielded a sort of NIMBY clout and deployed ample financial resources to fight projects. The plans to activate Alexandria’s 8.6-acre waterfront were delayed for years due to community pushback and legal challenges… But fears that Alexandria will be left behind as competition intensifies with flashier destinations such as National Harbor and The Wharf are spurring change.” [Washington Business Journal]