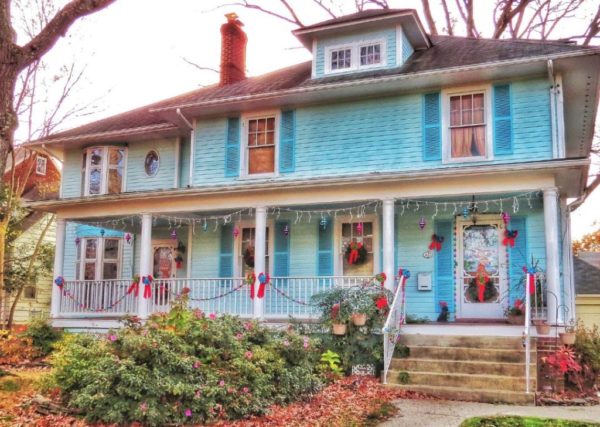 Christmas Travel Crunch Starts Today — “A record number of people are expected to travel this Christmas season, spurred on by economic comfort and relatively modest gas prices… This year INRIX, a traffic data firm, has forecast the very worst time for drivers to set out on the highways, and for the Washington region, that’s five days before Christmas, on Dec. 20, between 1:15 p.m. and 2:15 p.m.” [Washington Post]

County Manager Pans ART Service — “‘The ART bus performance, recently, stinks,’ Mark Schwartz said during a meeting with Arlington County Civic Federation delegates… In the second quarter of 2018, on-time performance dropped to 83 percent from 92 percent a year before, according to data provided to the county government’s Transit Advisory Committee. Ridership in that quarter was down 14 percent from a year before.” [InsideNova]

Small Fire in Under-Construction Home — “ACFD is on the scene of a small trash fire at an under-construction home near Discovery Elementary and Williamsburg Middle School.” [Twitter]

Amazon Joins Arlington Chamber — “Amazon.com Inc. has agreed to join the Greater Washington Hispanic and Arlington chambers of commerce and could join more in the region in 2019… The e-commerce giant formally joined the 760-member Arlington chamber on Dec. 3. and subsequently sent a senior public policy official to its annual meeting on Dec. 7, said Kate Bates, chamber president.” [Washington Business Journal]

Nearby: Georgetown Wawa Opening Today — “What an exciting couple of days this week will bring, for fans of hoagies and tacos and caffeine and alcohol-infused frozen Pepsi products. Wawa announced Monday it will open its second D.C. location Thursday, in Georgetown at 1222 Wisconsin Ave. NW. As usual, the event will feature free coffee and a sampling of Wawa fare, in addition to a ‘Georgetown-inspired beverage.'” [WTOP]