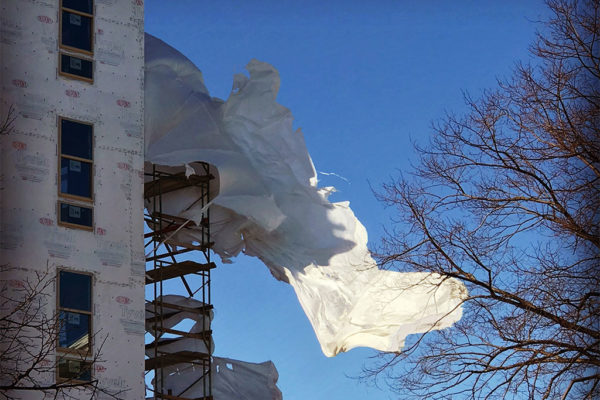 H-B’s Rosslyn Home Has New Name — The new Rosslyn home for the H-B Woodlawn Secondary Program has a new name, after a School Board vote last night. The under-construction structure’s new name: The Heights Building. The vote came after the School Board voted to change the name of Washington-Lee to Washington-Liberty. [Twitter, Arlington Public Schools]

Animal Welfare League Nabs Chicken — “AWLA’s 75th animal control case of our 75th year came in just a few days ago! We received a call about a chicken on 8th Rd S., and Officer Swetnam was able to catch the chicken, now affectionately called Henny Penny, and bring her back to the shelter. [Instagram]