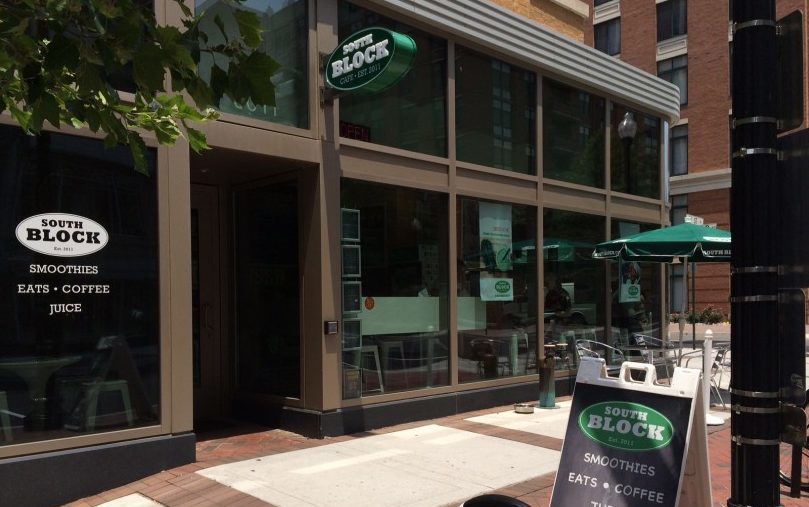 An Arlington-based smoothie chain is now offering giveaways over the next month for federal employees feeling a squeeze from the seemingly interminable government shutdown.

South Block will now hand out free regular smoothies every Friday between now and March 1. All you have to do to claim one is show a valid federal government ID.

The smoothie and juice shop has been blending up drinks at its original Clarendon location (3011 11th Street N.) for years now, and also operates stores in East Falls Church, Alexandria, Vienna and some neighborhoods in D.C. South Block will also be opening locations in Rosslyn and at the Ballston Quarter development in the coming months.

The company has even recently partnered with a Georgetown-based coffee roaster, Grace Street Coffee, to offer some caffeinated beverage options alongside its normal drink selection at the chain’s Clarendon location.

South Block is far from the only local business offering deals for government employees across the region.

The salad chain Sweetgreen has also been offering giveaways, and even recently announced it would be handing out free signature bowls to federal employees this Saturday (Jan. 26) from 6-8 p.m.

County officials have also offered a variety of resources for feds missing out on paychecks, as has Arlington’s main food bank.

Wakefield High School has reportedly been placed in lockdown amid a second-hand, unconfirmed report of a trespasser in the school. The cause for concern is related to a recent shooting…