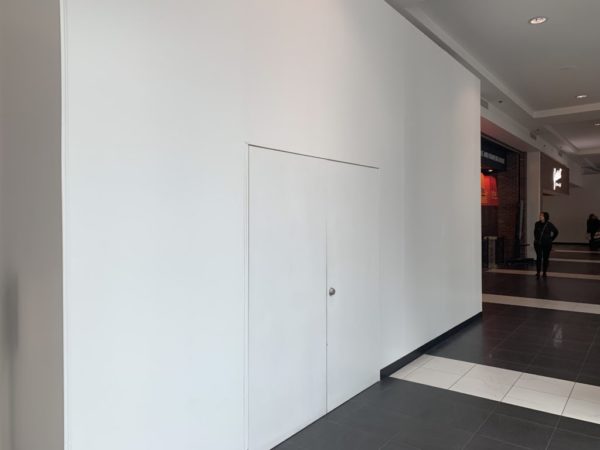 (Updated at 4 p.m.) The Haagen-Dazs ice cream shop in the Pentagon City mall has shut down for renovations.

All evidence of the small store on the first floor of the Fashion Centre at Pentagon City is now gone, but an employee says they’re hoping to reopen by the end of the week.

The shop is located near the mall’s Sunglass Hut and the new dumpling eatery Yong Kang Street.

An ARLnow reader first reported that the store was closed last Wednesday (Feb. 27). An employee subsequently told ARLnow that the store “is being updated to the newest Haagen-Dazs finishes,” including “counters, wall tile, floor tile and equipment.”

Anyone hoping to get their ice cream fix from Haagen-Dazs  in the meantime will now have to venture to the store at the Pentagon, or to one of the company’s two D.C. locations — or to a local grocery store.