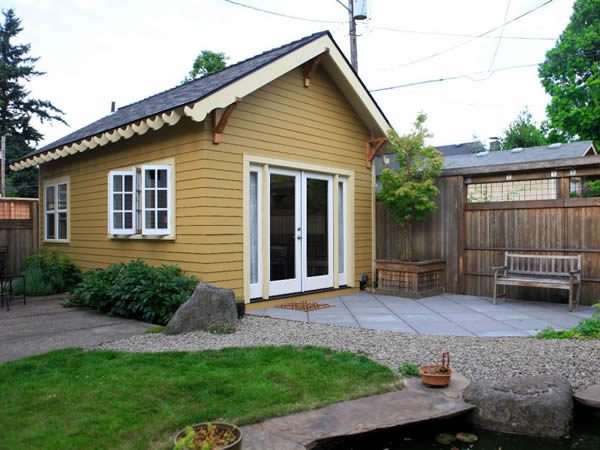 After months of work, Arlington officials are gearing up to advance a new round of regulatory changes designed to encourage the creation of accessory dwelling units around the county.

The county plans to hold an open house on the new regulations tonight (Tuesday), specifically on policies governing how far the homes can be set back from the street.

Commonly known as “ADUs,” or “mother-in-law suites,” the homes can include everything from basement apartments to those located above a house’s garage. The County Board passed a series of revisions to Arlington’s ADU regulations in 2017, in a bid to prompt more people to create those units and beef up the supply of reasonably priced homes in the county.

Those changes were primarily targeted at allowing homeowners to more easily create ADUs within existing structures, rather than building new ones. The rules changes also allowed property owners to create an ADU in an existing structure detached from a single-family home, like a garage, but they could not build any new structures on properties for such a purpose.

Still, the Board vowed to subsequently consider rules changes allowing people to build free-standing ADUs on properties. The homes are broadly seen as a key way to provide “missing middle” housing, or homes that fall in between luxury apartments and subsidized, affordable homes, and advocates have long championed additional ADU rules changes.

But, to allow for any new construction, officials would need to change the “setback” requirements, which stipulate how far the homes can be located from the street. County Manager Mark Schwartz has been developing proposals for such rules changes, but has yet to unveil them in a public setting.

That is set to change later this afternoon. The exact shape of the proposals remains unclear, however — a county spokeswoman could not immediately provide details on the proposed regulations. Michelle Winters, the executive director of the affordable housing advocacy group the Alliance for Housing Solutions, also said she was unsure when the county will release the details of the proposal publicly.

The ADU meeting is set for the Ellen M. Bozman Government Center (2100 Clarendon Blvd) in conference rooms C and D from 4-8 p.m. Any zoning changes discussed there would likely need to be scrutinized by both the Planning Commission and County Board before they go into effect.