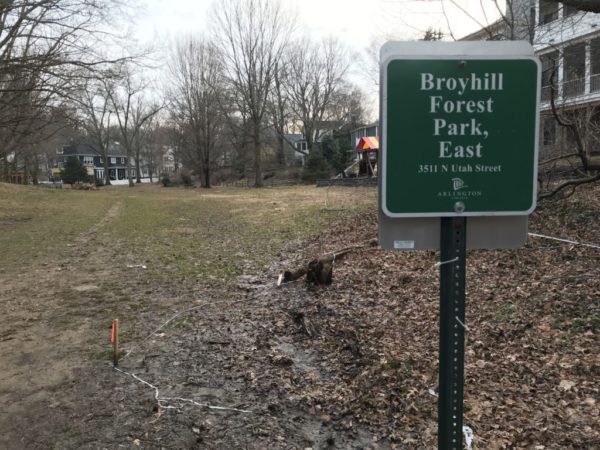 Crash Closes Part of Parkway — A serious crash has closed the northbound lanes of the GW Parkway between the Daingerfield Island marina and I-395. A crash investigation is underway. [Twitter]

False Report Prompts Big Police Response — “At approximately 2:30 p.m. on March 6, police were dispatched to the report of a man brandishing a firearm in the lobby of” the Days Inn hotel on Arlington Blvd. “The investigation determined that no disturbance had occurred and that the reporting party allegedly had an ongoing dispute with the hotel over a refund. A warrant for Filing a False Police Report was obtained for the suspect.” [Arlington County]

Garage Races Cancelled This Weekend — Updated at 9:35 a.m. — Crystal City’s Crosshairs Garage Races series will continue to bring fearless cyclists and spectators together for races through one of the neighborhood’s sprawling parking garages later this month. This year the series is being held on Saturdays in March, but this weekend’s scheduled races have been canceled due to a water main break. [Crystal City, Twitter]

Local Road Project ‘On the Bubble’ — “With tolls set to begin on Interstate 395 in October and already underway for more than a year on Interstate 66 inside the Capital Beltway, the Northern Virginia Transportation Commission is set Thursday to consider the next steps of how to spend part of the money… Arlington County plans for a High Occupancy Vehicle and bus-only lane on Lee Highway in Rosslyn would be on the bubble.” [WTOP]

Remember to ‘Spring Forward’ This Weekend — “On Sunday, March 10, at 2 am, daylight saving time begins. We’ll set our clocks forward one hour, and the change will push sunsets later into the evening hours and sunrises later into the morning hours.” [Vox]