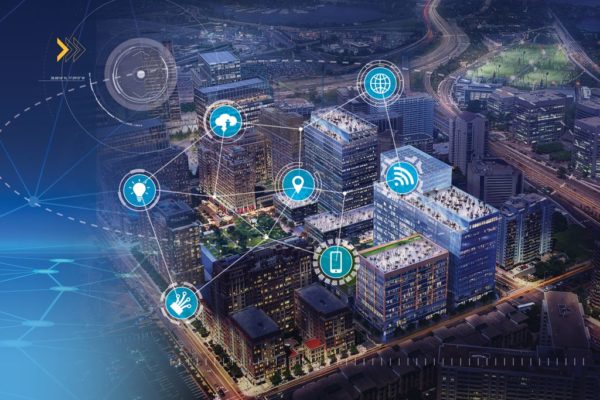 For the third consecutive year, Arlington County was ranked the #1 Digital County in the United States.

But what does this really mean? What is a digital county and why should Arlington residents and businesses care about residing in one? Well, you may know that the internet (ARPANET), GPS, Siri and other high-profile technological advancements were pioneered right here in Arlington, thanks to the Defense Advanced Research Projects Agency calling the County home for decades (see that historical placard in Rosslyn re: the creation of the internet? DARPA now calls Ballston home).

But it isn’t the many innovations that have been envisioned within the boundaries of the County that has led to this distinguished title, it is County government’s efforts to tap these technologies to positively impact the efficiencies and effectiveness of government programs.

Here are just a few examples:

In 2010, Arlington County partnered with the District of Columbia to pilot a bikeshare system across jurisdictions. Today, Capital Bikeshare is the largest bike sharing program in the United States. But bikes aren’t digital, are they? Well, the infrastructure that allows for them to join the sharing economy is, and Arlington was and continues to be a pioneer in transit advancements (hello, scooters and transit screens).

The ConnectArlington dark fiber network that the County has rolled out over the last few years connects all schools, County facilities, traffic signals and emergency management offices on one closed circuit system.

What many don’t realize is that as the technology becomes commercialized over the next five or so years, this system provides the infrastructure necessary to allow citizens to text pictures and videos to 911, which will then be routed by dispatchers to police officers, firefighters and paramedics arriving at the scene of an incident.

Live streaming video from over 200 CCTV cameras in the County, which are located at most signalized intersections and major roadways, according to Director of Transportation Dennis Leach. Those cameras can be easily accessed by emergency response personnel, allowing for quicker and more efficient response.

Arlington also has the ability to remotely manage its traffic signals to mitigate the travel impacts of accidents and maintain the flow of traffic around emergency and special events. The ConnectArlington system gets resources to where they need to be quicker and more effectively, and this will only improve as next generation 911 applications become commercially available in the coming years.

When the news broke that Amazon had chosen Arlington as the home for its HQ2, the County was quick to reach out to the community with a series of digital engagements across web and social media platforms. This quick reaction informed and engaged the public in a forum that could be the most impactful and responsive.

And just last month, the County rolled out Arlington Wallet, a new online financial transparency tool. The resource allows anyone to access data to better understand the County’s financial information and is just one of the many ways Arlington County is sharing data with the community.

So yes, Arlington County is very digital. It might not be in ways that most people would identify or that would make splashy headlines, but your government is taking aggressive steps to enhance its ability to connect to, and share resources with, its citizens; and it has certainly been recognized.

It also makes it very easy for economic development staff to promote the County at a national level. Companies want to locate where innovation is the backbone of a community. That is very much the case in Arlington, whether it is local government services or world-changing federal government innovations (or Amazon).

In December, Arlington County was featured on the CES 2019 Tech Talk Podcast Series. In the podcast, Arlington Economic Development Director, Victor Hoskins, Director of Transportation, Dennis Leach, and Director of Public Safety Communications and Emergency Management, Aaron Miller, break down what it means to be a digital community.

It is an interesting listen, and they cover everything from emergency response to the future of transportation, or “people moving” as Leach puts it. Have a listen to learn more!