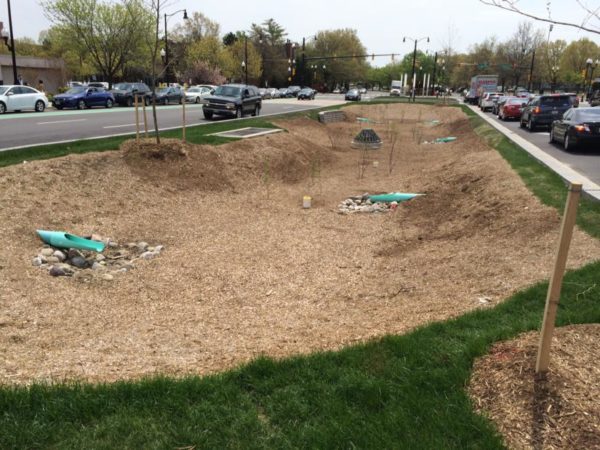 Arlington County wants to demolish part of a multi-million dollar Pentagon City project after officials say it caused a leak in a Metro tunnel.

The County Board will vote on the demolition of a storm run-off basin near the Pentagon City mall next week because the structure caused water to leak into the Metro tunnel below.

The basin was installed in 2014 as part of upgrades made along S. Hayes Street from 15th Street S. to Army Navy Drive. The basin was part of the landscaping between the road lanes.

A Metro spokesman did not immediately return requests for more information about the leak.

The $9 million project along S. Hayes Street also added rain gardens and new crosswalks, bike lanes, ADA ramps, traffic lights, and Metro canopies. VDOT was to reimburse most of the project’s expense, per an agreement with the county.

This week’s staff report referred to the basin demolition proposal as “Phase B” of the “Pentagon City Multimodal Improvements project.” The item was included in the Board’s consent agenda which is reserved for measures expected to pass without debate.

If the Board passes the proposal, the county will allocate $645,342 to remove the basin, and to modify a nearby U-turn. 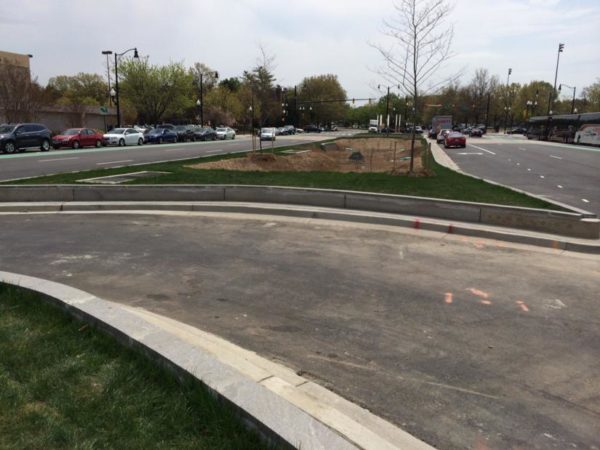 The board document notes that while the U-turn was designed using “industry standard modeling software to ensure that buses would be able to complete the turn without problems” nonetheless “several buses have hit the wall while making the turning movement, creating a maintenance issue.”

During a 2014 ribbon cutting ceremony, then-County Board Chair Jay Fisette said the Pentagon City project was “key to Arlington’s efforts to make it easier to travel to, around or through Pentagon City, whether you are traveling by car, bus, bike or Metro.”