Sponsored by Monday Properties and written by ARLnow.com, Startup Monday is a weekly column that profiles Arlington-based startups and their founders, plus other local technology happenings. The Ground Floor, Monday’s office space for young companies in Rosslyn, is now open. The Metro-accessible space features a 5,000-square-foot common area that includes a kitchen, lounge area, collaborative meeting spaces, and a stage for formal presentations

On the heels of raising $1 million in angel investments, last week the state-funded nonprofit Center for Innovative Technology (CIT) announced that its CIT GAP Funds would be investing in 4stay, according to a press release. The size of the investment was not disclosed.

“As someone who has worked in student housing for almost 10 years and lived the pain of many housing challenges, we have seen firsthand the difficulties and frustrations of looking for housing on college campuses,” Akobir Azamovich, co-founder and CEO of 4stay, said in the press release. “4stay is solving these challenges by providing an online marketplace to book furnished rooms around campuses. We also provide $100K insurance, host pay guarantee, and zero deposit to protect students, parents, and hosts.”

The site’s functionality is similar to rental site Airbnb, with students searching for available off-campus housing based on a variety of factors like the number of roommates or length of stay. Types of homes range from apartments to basement rooms in someone’s house, but all locations are required to be fully furnished with students having a bedroom of their own. 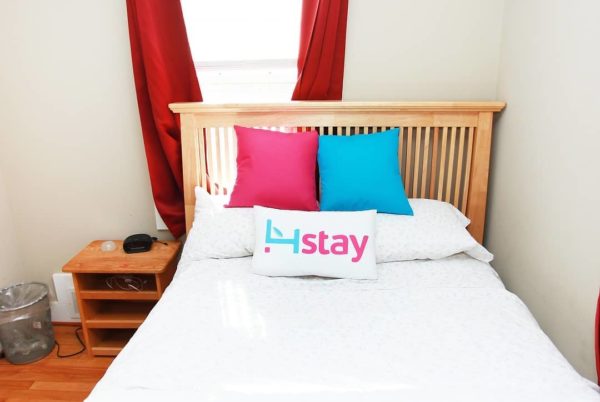 “We are grateful for the support of CIT GAP Funds, whose investment will help us further the acceleration of our product development as well as help spread the word through increased marketing efforts,” said Faridun Nazarov, co-founder and COO.

The company currently partners with over 100 schools, but with the CIT investment announced plans to bring on an additional 500 schools over the next 12-18 months. Part of the expansion plans include opening up in new student housing markets in Canada and Europe.

Upcoming offerings planned for the site include features to match users with other residents and the ability to book with room providers like school dorms or student housing companies.