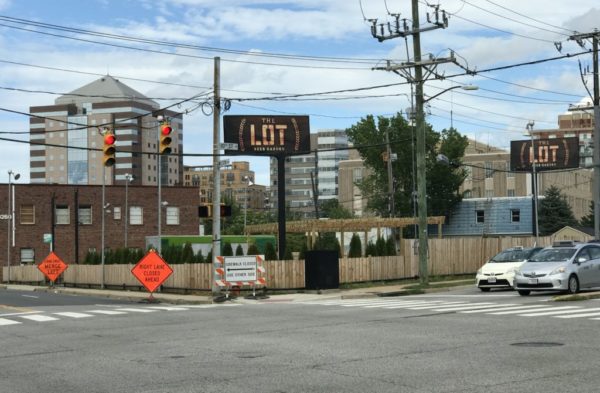 Update at 5:20 p.m. — In a new Facebook post, The Lot says it received its ABC permit at the last minute today and will serve beer tomorrow, on the Fourth of July. The beer garden says it will serve liquor starting tonight.

Update: We have received our ABC license at 5 pm!! (Third of July miracle!) We will serve liquor tonight, and beer and liquor tomorrow. Stand by for door opening time!

Update at 4:45 p.m. — The Lot did not, in fact, obtain a Virginia ABC permit necessary for serving beer, according to a new Facebook post. The beer garden will still open today and will serve tacos instead, with free tacos for the first 200 customers, they said on social media.

Good news and bad news. The good: Huge shout out to Arlington County for granting Health and Occupancy for the Lot to open!! The bad: ABC did not grant our license in time for an order to be placed before the Holiday. BUT!! We are are all here waiting to serve you all sooo we will still opening the Rebel Taco truck on the Lot, and the first 200 people to arrive tonight will get a free taco! Come eat and play in the sand…drinking will have to wait one more week, but hey, what’s one more week when we have waited 2 years.

Earlier: After years of planning and permit drama, The Lot beer garden near Clarendon says it is opening today “against all odds.”

More from the event description:

Against all odds and contrary to popular belief, The Lot IS OPENING! A 22,000 square foot open-air beer garden and event space, the Lot features container bars, food trucks, and an adult SANDLot for all your bucket pong and corn hole needs.

Thank you to all our neighbors and friends who supported us through this tedious process and kept the faith.

Come eat, drink, and play at The Lot!

It’s unclear if The Lot was able to obtain all of the necessary permits needed to open. The Arlington County and Virginia ABC websites still list some permits as pending, though the information might be outdated or The Lot may have obtained temporary permits not reflected online.

A tipster tells ARLnow that opening preparations appear to be well underway, with less than two hours to go until opening.

“I also live within visual sight of The Lot and can see upwards of 10 workers making cosmetic improvements to the site as I write,” the tipster said just after 3 p.m. today.