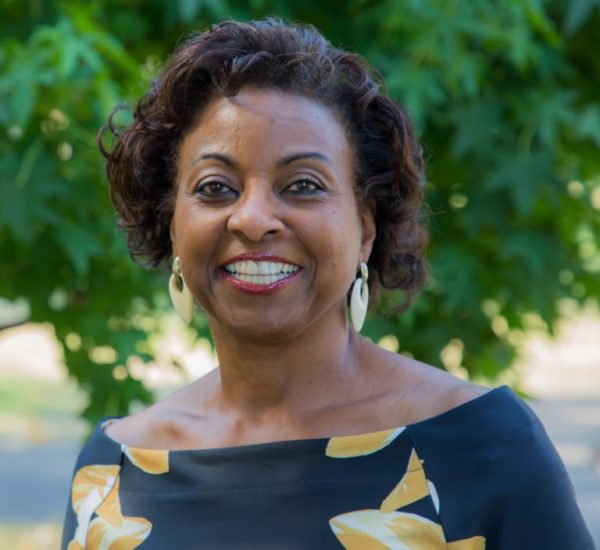 Arlington Public Schools has a new interim superintendent for the new school year.

Cintia Johnson, who first joined APS in 1986 and is currently Assistant Superintendent of Administrative Services, will serve as interim superintendent starting Sept. 1. The Arlington School Board unanimously approved her appointment at a special meeting Tuesday evening.

Johnson will serve until a permanent superintendent is selected. The School Board “expects to have a search firm hired by early fall.”

The Arlington School Board today appointed Cintia Johnson as the Interim Superintendent for Arlington Public Schools, effective September 1, 2019, at a special meeting held Tuesday, July 30. Johnson is currently the Assistant Superintendent of Administrative Services, a position she has held since 2012. Members of the School Board made the appointment with a unanimous vote of 5-0.

“We are incredibly fortunate to have found a leader who has spent her career serving Arlington Public Schools, who embodies the skills and leadership qualities our community values, who knows our school system, understands our priorities for this year, and has the trust and respect of her colleagues and our staff,” said School Board Chair Tannia Talento. “Ms. Johnson is the right person to lead APS during this important time of change, and I am confident that her skills and experience will allow for a seamless transition as we open new schools, advance the work of our strategic plan, and prepare for a future leader in the months ahead.”

Johnson, a bilingual educator for more than 35 years, has served APS in a variety of instructional, management and leadership roles since 1986, including most recently as assistant superintendent for administrative services. In this role, Johnson works collaboratively with school principals and staff across APS to enhance operations, strengthen schools and promote student success and achievement. She has also served as the Superintendent’s designee throughout his tenure when he has been away from the office.

“I am absolutely honored and humbled to take on this role. Serving our students and supporting their education has been my life’s work, and I look forward to continuing that work in a new capacity,” Johnson said in her remarks during the meeting. “We are successful in Arlington because of the quality and dedication of our incredible staff, and I am confident that together we will continue to do great things for all our students.”

Johnson began her career in APS in 1986 as a 4th grade teacher at Patrick Henry Elementary and then taught 6th grade at Thomas Jefferson Middle School. She was a teacher for nearly 20 years before starting her administrative career as assistant principal of Randolph Elementary.

In 2002, Johnson, who is fluent in Spanish, helped open and establish Arlington’s second dual-language immersion elementary school, Claremont Immersion, where she was principal for ten years until 2012. She also served as principal of Patrick Henry Elementary for eight years.

She earned her Bachelor of Arts degree in Early Childhood Education and Spanish from Rutgers University and has a master’s degree in linguistics. She later earned her educational leadership licensure from George Mason University.

The terms of her contract include an annualized $224,796 salary, a $3,000 monthly contribution to a retirement account and a $400 monthly car allowance. The School Board continues to move forward on the hiring process for the new superintendent.

A Request for Proposal (RFP) will be issued in August, and the Board expects to have a search firm hired by early fall. Once the firm is in place, the process will include input from staff, families and the community. APS will share a timeline and updates on the search process via a dedicated page on the Engage with APS! webpage by the first of August.