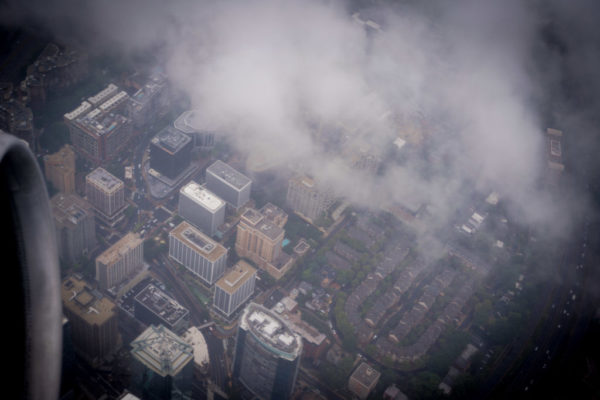 Bronson Opening on Friday — “The owners of A-Town Bar and Grill are opening a new German beer hall this week that will replace the popular gathering place for hard-partying bros in Ballston. Bronson is scheduled to open  Friday, August 30 in the 6,000-square-foot space at 4100 Fairfax Drive in Arlington.” [Eater]

Rising Home Prices Not Caused By HQ2 Workers — “The first Amazon employees have barely arrived in Northern Virginia, but the housing market close to the company’s new headquarters in Arlington County is behaving as if all 25,000 workers are moving in next week… The lightning speed of sales, the shortage of homes on the market and the elevated prices for available stock are all being driven by those who already call the Washington region home, real estate agents say.” [Washington Post]

HQ2ers May Work on Hardware Development — Amazon “said that its second headquarters would work on device development, specifically naming Amazon Fire TV… And it expressed interest in students who study ‘data science,’ they said. Amazon also said there will be plenty of non-tech related jobs at HQ2, such as in administration, human resources and program management.” [Washington Business Journal]

PSA: Move Over for Emergency Vehicles — “ACFD, @ffxfirerescue and @AlexandriaVAFD units battled major traffic in efforts to provide help on a serious accident with a person trapped on I395. Remember, if you can’t pull to the right, help open enough space lane for emergency vehicles to pass.” [Twitter]

Review of Signature’s ‘Assassins’ — “An odd little smile crosses the face of Bobby Smith as he relates the disordered thoughts of presidential killer Charles J. Guiteau in Signature Theatre’s perversely entertaining revival of ‘Assassins.’ In what twisted frame of mind would this man have to be to boast of his horrific homicidal achievement — and not just boast, but sing about it, too?” [Washington Post, Playbill]

Nearby: Man Dies After Bailey’s Crossroads Crash — “Detectives from our Crash Reconstruction Unit have preliminarily determined that Solomon Zelelew, of Alexandria City, was walking on a sidewalk near Columbia Pike and Carlin Springs Road. A 2015 Toyota Corolla was traveling west on Columbia Pike when the driver, in an attempt to avoid another vehicle, drove onto the sidewalk and hit Mr. Zelelew.” [Fairfax County Police Department]