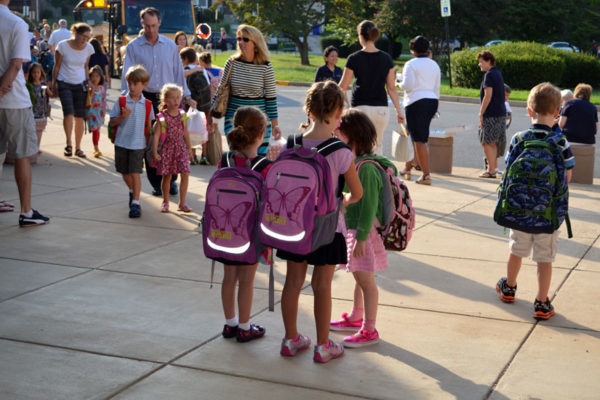 There are 234 students in Arlington Public Schools who have been granted an exemption from the state’s vaccine requirements for schools, according to APS officials.

The number of unvaccinated students is less than one percent (0.85%) of the total 27,521 students enrolled as of June of 2019. However, these numbers have proportionally doubled since 2015.

“We would need more time to investigate this thoroughly, however I believe it’s best attributed to the increase in student enrollment and how we’re capturing the data,” said Catherine Ashby, the Director of Communications for APS, in an email to ARLnow.

According to Virginia law, a family can request their child skip mandated vaccinations for valid medical or religious reasons.

“We are constantly communicating with APS so they can communicate with families,” said School Health Bureau (SHB) Chief Sarah N. Bell in a press release for the new school year. “What we don’t want is for any child to be excluded on the first day of school.”

The bureau collaborated with APS officials to check whether students are up to date on their vaccinations by the start of the school year.

This school year, Ashby said APS had 100% compliance for TDAP (tetanus, diphtheria, and pertussis) vaccines by the first day of school among the families who did not request an exemption. This is an improvement from the group of around 30 students who did not have their TDAP vaccinations up to date by the beginning of the 2018-2019 school year.

Debates around childhood vaccination exemptions came into the spotlight this year due to the onslaught of measles outbreaks. From January to September 5 the CDC confirmed 1,241 individual cases of measles, a disease once considered eradicated, across 31 states.

A July investigation from ABC 7 revealed 8,000 students who live and go to school in D.C. — whether public, private, charter, or parochial — do not meet proper vaccination requirements.

In Maryland, the rate of unvaccinated kindergarteners has nearly doubled over the last decade.

Currently there are four states which do not permit religious exemptions for vaccinations: New York, California, Mississippi, and West Virginia. Maine will remove the exemption in 2021.