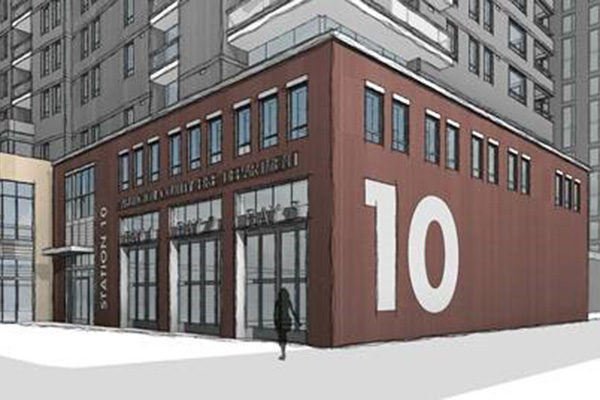 A 26-foot-tall sculpture of a fire nozzle is coming to the new location of Fire Station 10 as a tribute to Arlington firefighters.

The artwork is the result of a partnership between Arlington Public Art and Penzance, the developer behind the upcoming massive development in western Rosslyn dubbed “The Highlands.”

Set to open in 2021, The Highlands will be the future site of the new Fire Station 10. Currently, the station is temporarily located at 1791 N. Quinn Street.

“This is our first opportunity to integrate public art into a fire station, which is a recommendation in Arlington County’s Public Art Master Plan,” said Angela Adams, Director of Arlington Public Art, in a press release. “Partnering with Penzance has allowed us to honor the history of Fire Station 10 through an enriching piece of public art for all to enjoy for years to come.” 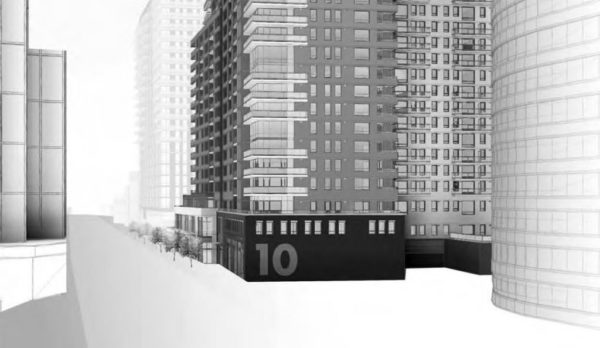 Baltimore artists David and Eli Hess were commissioned for the artwork, which was funded by Penzance as a part of The Highlands development process.

The sculpture, described by officials as “larger-than-life,” will be fabricated from the same bronze used in actual firefighting nozzles. More from the press release:

The nozzle of the piece will act as a giant sconce or torch mounted to the side of the building. At night, a light inside the nozzle will illuminate the spray of water above. The water will be made from stainless steel pipe, twisting and bending in a quasi-spiral formation. The entire sculpture will be 26-feet-tall, attached 8 feet above the ground, extending to the top of the station’s façade. The stainless steel and bronze of the sculpture contrast the dark brick of the station, and the stainless water spray will shine at night against the rich red glow of the brick behind.

END_OF_DOCUMENT_TOKEN_TO_BE_REPLACED

More Stories
Listing of the Day: 2104 S. Quebec StreetSection of Custis Trail Near Bon Air Park to Close for a Year