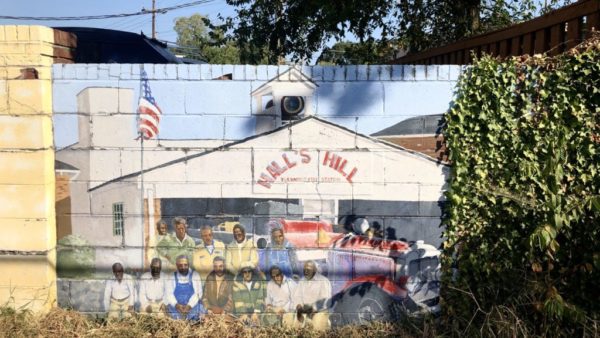 Amazon Tweaking HQ2 Heating Plan — “Amazon.com Inc. confirmed it will tweak some elements of its HQ2 plan in Arlington County to eliminate a carbon dioxide-emitting system. The news comes a little more than a week after CEO Jeff Bezos announced in D.C. plans to end the company’s reliance on fossil fuels in a decade.” [Washington Business Journal]

County Tax Deadline Coming Up — “Taxes are due soon! If you have moved or sold your car, you may still owe taxes for the months when your car was in Arlington. If you are waiting for account adjustments, still pay your bill in full by Oct. 5. Overpayments will be refunded.” [Twitter]

Video: Ovi at ATS — Arlington Public Schools has released a video from Caps star Alexander Ovechkin’s recent visit to Arlington Traditional School. “Hi kids, I think it’s breakfast time for you, no?” Ovechkin asked as he pushed a grocery cart full of Ovi O’s cereal into a classroom. [Vimeo]

New Daycare Center Near Fairlington — “As Alexandria struggles with affordable daycare, a new facility is in the works near the Fairlington neighborhood. A special use permit has been filed for Our First Step Daycare Center, a new daycare center planned for 2500 N. Van Dorn Street.” [ALXnow]

Ever Have a Dream Like This? — Updated at 8:35 a.m. — “Scanner: Police responding to S. Four Mile Run Drive for a report of a naked woman who walked on to an ART bus then walked right back off.” [Twitter]