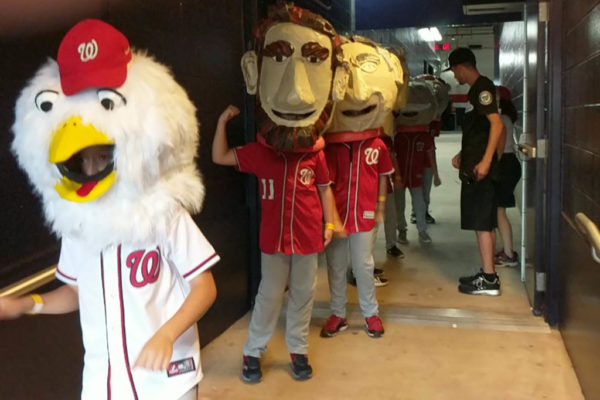 Pedestrian Struck on Crash-Prone Stretch — “A pedestrian was struck on Washington Blvd in front of Washington-Liberty HS around 10 a.m. this morning. The victim was transported to a hospital with minor injuries, per scanner traffic. This stretch has seen numerous pedestrians struck by drivers over the past few years.” [Twitter]

Local Leaders from Wa. Coming to Talk Amazon — “How do you prepare for Amazon.com Inc. when the company plans to drastically grow in your city? That’s what city officials from Bellevue, Washington, hope to learn from our own Arlington, as they send an envoy to meet with county leaders Thursday. The communities… each expect to house more than 4,000 Amazon employees by 2022.” [Washington Business Journal]

Prescription Drug Take-Back Day Approaching — “On Saturday, October 26, 2019, from 10 a.m. to 2 p.m., the Arlington County Police Department, Arlington County Sheriff’s Office and the Drug Enforcement Administration (DEA) will give the public its 18th opportunity in nine years to prevent pill abuse and theft by ridding their homes of potentially dangerous expired, unused, and unwanted prescription drugs. This disposal service is free and anonymous, no questions asked.” [Arlington  County]

Special Burial and Flyover at ANC — “A pilot who died during WWII was finally laid to rest at Arlington National Cemetery. Air Force Major Donn Young’s remains were recovered decades after his B-25 bomber crashed in Papua New Guinea… The burial happened, in part, because of an adventurous entrepreneur.” [WJLA]

Another Wohl, Burkman Press Conference — Conservative provocateurs Jack Burkman and Jacob Wohl held yet another press conference outside Burkman’s Rosslyn area townhouse to accuse another Democratic presidential candidate of sexual impropriety. The press conference was disrupted by a bagpiper, a process server and a man in a corn suit. [Twitter]

Congressman: Congress Must ‘Do Something’ About Trump — Rep. Don Beyer (D-Va.) tweeted yesterday: “President Trump just said out loud that it’s OK to betray our Kurdish allies and allow the release of 11,000 ISIS fighters because ‘they’re going to be escaping to Europe.’ He’s out of completely out of control and Congress has to do something about it.” [Twitter]