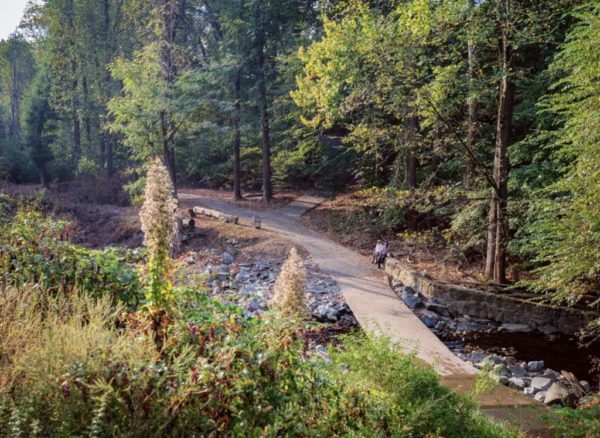 New Grocery Store for Crystal City — “D.C.-based Dweck Properties is pitching a nearly 16,000-square-foot ‘urban format grocery store’ for the base of its Crystal Plaza apartments, according to plans filed with Arlington County this summer. Dweck is hoping to add roughly 38,000 square feet of retail to a plaza in front of the apartments, located at 2111 Richmond Highway.” [Washington Business Journal]

New Record High at DCA — “Washington is experiencing a beastly hot October day, unlike anything it has previously observed. The city exceeded its hottest October temperature ever previously observed, hitting 98 degrees, surpassing the mark of 96 degrees set on Oct. 5, 1941.” [Washington Post]

WaPo Interviews Dog About Hot Day — “Skippy, a golden retriever from Arlington, said: ‘I haven’t relieved myself outside in months. A dog of my standing cannot relieve himself in these offensively hot conditions.’ Skippy’s owner, Bill, rolled his eyes and confirmed this before heading back downstairs to scrub the carpet.” [Washington Post]

Joint Arlington-Alexandria Meeting — “In a rare joint meeting of top Alexandria and Arlington officials, the two communities laid the foundation for a closer collaboration on affordable housing… Despite the lofty goals for collaboration, little was decided in what amounted to a lengthy icebreaker between the two governing bodies.” [ALXnow]

Opening at Crystal City Art Gallery — “The Gallery Underground’s focus gallery theme this month is Chaos in which the artists strive to capture the feeling of instability and chaos. In addition to the focus gallery, we’re celebrating the opening of the newest Fotowalk Gallery.” [Crystal City]

Septuagenarian Still Playing Hockey in Ballston –“Paul Mason, 76-years-old, knows that age is just a number. WUSA9 caught up with him at the Medstar Capitals Iceplex, playing in a pick-up game with others who were many decades his junior.” [WUSA 9]

Press Conference in Rosslyn Area Driveway — Attorney and oft-discredited conspiracy theorist Jack Burkman is planning to hold a press conference in the driveway of his home near Rosslyn this afternoon to present new, thus-far uncorroborated allegations against Democratic presidential candidate Elizabeth Warren. [Twitter]

END_OF_DOCUMENT_TOKEN_TO_BE_REPLACED

More Stories
Do This One Thing First to Stay Safe OnlineAfter Decades in Safekeeping, Thousands of Historic Documents Have Returned to Arlington