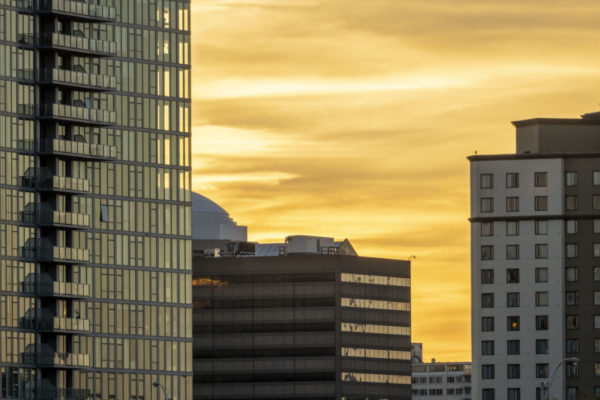 It’s Election Day — Voting today in Arlington will take place between 6 a.m.-7 p.m. at your local polling place. Most of the local candidates in competitive races penned essays describing why Arlington residents should vote for them. [Arlington County]

‘Baby Trump’ Greeting Key Bridge Commuters — Arlington Democrats have inflated a 13-foot “Baby Trump” on the Virginia side of the Key Bridge as part of a get-out-the-vote message. [Twitter]

Anti-Trans Group is Based in Shirlington — “From the 12th floor of a glass office tower in the Washington suburbs, a campaign to sway the governor’s race in Kentucky on Tuesday is being waged with an alarmist claim that has little to do with the race itself: If Democrats have their way, soon boys will be able to compete against girls in school sports.” [New York Times]

Growing Season Over in D.C. Area — “As of this morning, the growing season has been declared to have ended across our entire forecast area. Frost and freeze [watches and warnings] will not be issued again until Spring 2020.” [Twitter]

Nearby: Va. Tech Unveils Plan for Potomac Yard — “Plans are starting to take shape for North Potomac Yard. Virginia Tech has submitted its first concept plan, showing what its Innovation Campus will look like just as the design of the Potomac Yard Metro station nears its final design phase.” [ALXnow]