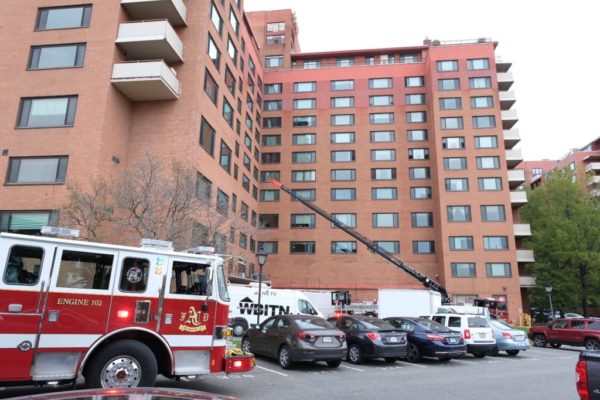 (Updated at 10 a.m.) Firefighters are on scene of a possible apartment fire at the River Place residential complex in Rosslyn.

Heavy smoke was reported on a lower floor of one of the high-rise buildings, on the 1000 block of Arlington Blvd. A second alarm was dispatched as a precaution, according to scanner traffic.

Firefighters investigating the source of the smoke now believe it was from a small kitchen fire, which has since been extinguished.

#FinalUpdate: Upon arrival units encountered smoke on the 4th floor. After searching apartments, units discovered burnt food in an appliance. No fire. Units are working on removing the smoke from the building. pic.twitter.com/15UkqXCnk1