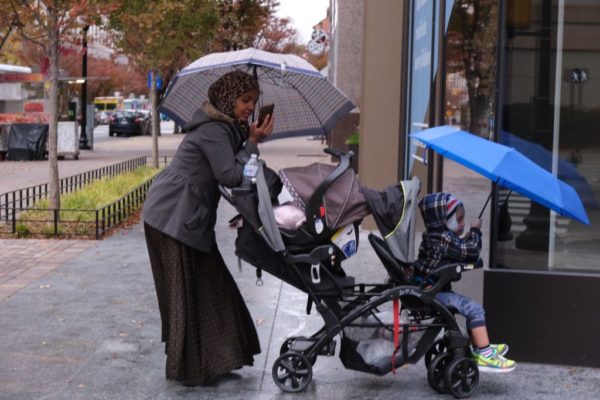 Developer May Give Parking Lot to County — “Arlington County planners and the owner of the Crystal House apartments have struck a deal to turn one of the four proposed buildings in its 798-unit expansion over to the county for affordable housing and public parking. It’s a change that has brought some hope to owners and operators along Crystal City’s restaurant row of 23rd Street, who, for the last few weeks, have criticized [the development] because it could have reduced access to parking spaces.” [Washington Business Journal]

Tips for a Safe Thanksgiving — “While Arlington County Government offices, courts, libraries & facilities will be closed on Thursday and Friday, we want to remind you of all the great ways you can celebrate Thanksgiving week in Arlington. Whether you’re traveling or staying locally, these tips will help ensure you have an enjoyable — and safe — Thanksgiving holiday.” [Arlington County]

Dozen Arrested at DCA Protest — “On one of the busiest travel days of the year, American Airlines catering workers held sit-in protests at Reagan National Airport demanding higher pay and better access to healthcare. According to Metropolitan Washington Airports Authority (MWAA), 12 individuals were arrested and released on summons… the issue occurred when protesters entered the street and blocked traffic outside the B/C terminal.” [WUSA 9]

TSA Confiscates Loaded Gun at DCA — Updated at 8:20 a.m. — “A Fredericksburg, Virginia, resident was cited by police after Transportation Security Administration officers detected a 9 mm handgun loaded with seven bullets, including one in the chamber, in the man’s carry-on bag at Ronald Reagan Washington National Airport (DCA) on Monday, November 25.” [Transportation Security Administration]

Local Lawmakers Become Committee Chairs — “Two of the three state senators in Arlington’s legislative delegation will chair committees in the 2020 session, which opens Jan. 8. State Sen. Janet Howell (D-32nd) has been tapped to chair the Senate Committee on Finance, while Sen. Barbara Favola (D-31st) will chair the Committee on Rehabilitation & Social Services.” [InsideNova]

Impact of a Casino in N. Va. — “With Virginia’s General Assembly expected to debate casinos and gambling in the upcoming legislative session, its research agency issued a report Monday examining fiscal impacts on the state — including what a casino in Northern Virginia might mean. According to the Joint Legislative Audit and Review Commission study, a Northern Virginia casino would produce $595 million in gaming revenue annually.” [Washington Business Journal]