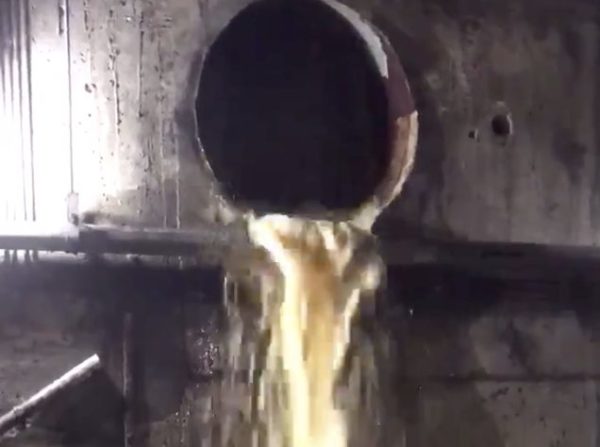 (Updated at 1:35 p.m.) The Pentagon Metro station is closed due to a reported water main break.

The flooding was first reported by Metro around 7:30 a.m. Blue and Yellow line trains are bypassing the station and buses were brought in to run between the Pentagon and Pentagon City stations.

“The flooding at Pentagon Station is the result of an apparent water main break,” Metro later said via Twitter. “Response personnel on scene addressing the issue.”

Arlington’s Dept. of Environmental Services inspected the water main break and determined that the line belongs to WMATA.

Update 9:08am: Pentagon Metro station is closed while crews investigate the source of an apparent water main break. pic.twitter.com/089kQWDOyi

Update 9:40am: Crews have determined that the break is in a private @wmata water line. The water flow is now reportedly stopped in the station. Arlington staff will be available to assist with any County feed lines.

The station is expected to reopen by the evening rush hour, according to Metro.

The Unsuck DC Metro Twitter account highlighted a number of photos posted on social media, showing flooding in the station: