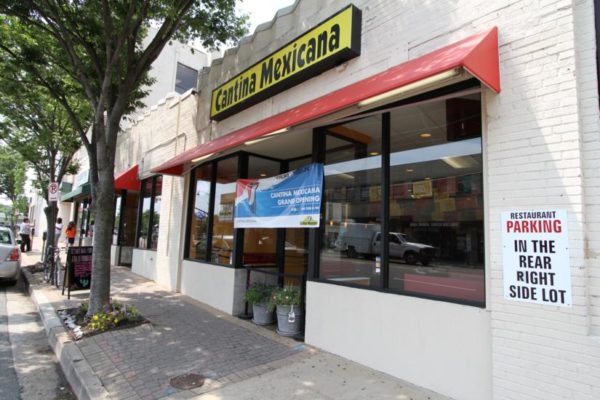 A Mexican restaurant just off Columbia Pike has temporarily closed, with plans to reopen in the new year.

The owners of Cantina Mexicana, located at 922 S. Walter Reed Drive, told ARLnow.com they needed some time off after a family member suffered from a stroke.

“We will be back, we just needed to take some family time,” said Richard, a restaurant employee.

Cantina Mexicana opened on the Pike seven years ago. It closed its Crystal City location in 2017.