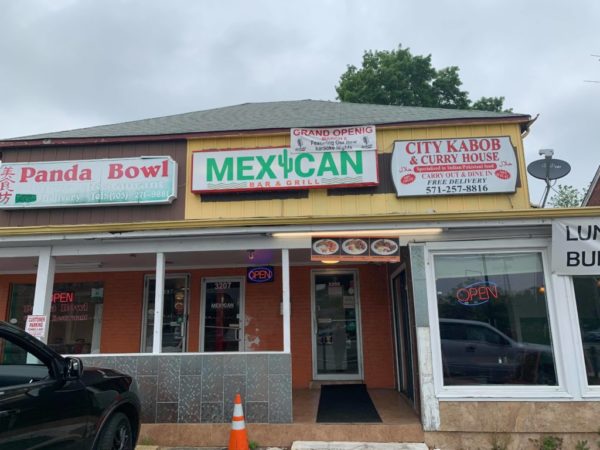 (Updated at 3:45 p.m.) As Columbia Pike continues to evolve, county officials are heeding warnings to preserve legacy businesses at risk of displacement.

A market study commissioned Arlington Economic Development (AED) recommends the County Board be proactive in protecting legacy — or long-term — businesses along Columbia Pike.

“The threat isn’t rents going up, those spaces are very stable and landlords are very happy not having to worry about turnover,” said Marc McCauley, director of Real Estate Development for AED, during a County Board work session on Tuesday. “Rather, redevelopment is the threat.”

In recent years, development projects along Columbia Pike that closed long-time businesses have caused controversy — namely, the Food Star grocery store being torn down in favor for the new “Centro” mixed-use complex and a new Harris Teeter store.

In a 125-page “Columbia Pike Commercial Market Study” presented to the Board in partnership with the Columbia Pike Revitalization Organization, AED outlined a retail strategy toolkit to “provide options for supporting retail activity along Columbia Pike.”

“Often we find ourselves reacting to an outcome, and then we are trying to catch up — we’ve never had the resources to begin early enough,” said McCauley. “The recommendation is to be proactive, and look at increased support services focused on this part of the County — and CPRO would be the right organization to begin this process.”

The study suggests Amazon’s HQ2 in nearby Pentagon City will exacerbate redevelopment trends that were already underway prior to the tech giant’s arrival.

“Growth is expected to accelerate along the Corridor, especially with the catalyst of Amazon HQ2 nearby in Pentagon City / Crystal City,” it said.

The study predicts that some 1,500 households with “HQ2-related jobs” will call the Columbia Pike corridor home by 2035. It also notes that while much of the Pike, given its distance from Metro, is unlikely to be redeveloped for office uses, the eastern end of the corridor may eventually see more office and hotel development.

While the County Board did not formally agree to the recommendations, members of the Board universally expressed enthusiasm for the strategy.

“I see a real problem on the Pike, and it’s what I worry about,” said County Board chair Katie Cristol. “I would love to be able to say to our beloved small businesses, yes the Pike is changing, and we hope you believe you have a home in a mixed-use environment. We are here to help you.”

The County Board is expected to take action on the toolkit by the “second quarter of 2020,” per County Manager Mark Schwartz.