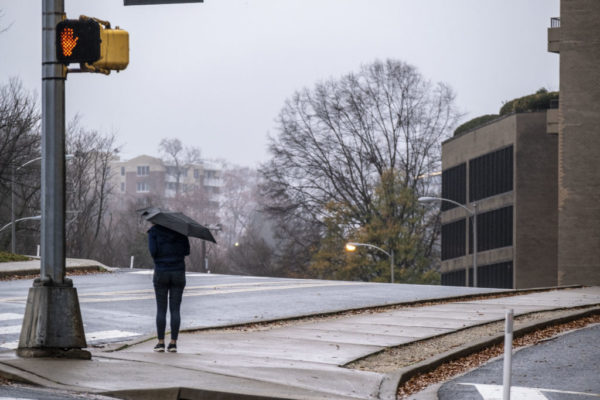 Groups Call for County-Owned Power Company — “Eighty years after the idea was first broached, several progressive groups are embarked on a likely uphill effort to have the Arlington government develop its own energy utility. The Arlington Green Party is the latest to sign on to the effort, which was proposed by Our Revolution Arlington.” [InsideNova]

New Operator for Shelter on the Pike — “Arlington has finalized new contracts for operation of the County’s two homeless shelters for single adults beginning in January 2020. A-SPAN will continue to operate the Homeless Services Center in the Courthouse Neighborhood, and New Hope Housing will take over from Volunteers of America – Chesapeake & Carolinas to operate the Residential Program Center on Columbia Pike.” [Arlington County]

Thousands Participate in Wreath Laying — “Despite the cold and the rain, thousands of volunteers came to make sure our country’s fallen heroes were honored with wreaths during the 2019 National Wreaths Across America Day at Arlington National Cemetery. There was no mistaking what this meant to families whose loved ones are buried at Arlington National. One of those families watching volunteers flood the cemetery told FOX 5 they couldn’t interview without crying.” [Fox 5]

Trump Campaign Strategizes at Local Hotel — “Over a 90-minute PowerPoint session at a hotel in Arlington, Va., on Thursday, Trump’s son-in-law Jared Kushner, campaign manager Brad Parscale and other senior Trump campaign officials presented dozens of national political reporters their theory of how Trump can win again in 2020.” [Axios]

Nearby: Seven Corners Bridge Rehab Complete — “The rehabilitation of the one-way bridge linking the eastbound Route 50 (Arlington Boulevard) service road to Wilson Boulevard (Route 613) is complete, improving safety for drivers and pedestrians and extending the overall life of the bridge.” [VDOT]