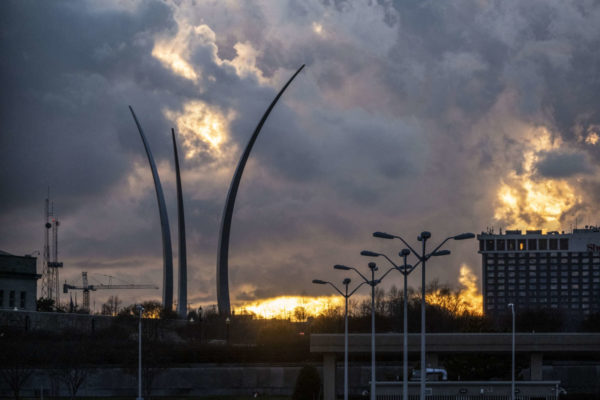 Changes to Stalled Ballston Development — “An Arlington homebuilder is reviving plans to redevelop a church in Ballston with a new proposal for a mix of townhomes and condos on the site… The site is currently home to the Portico Church, but the developer [BCN Homes] could someday replace it with 10 townhomes and 98 condo units.” [Washington Business Journal]

Beloved Former County Official Dies — “Ann Bisson, a long-time resident and former Deputy Commissioner of the Revenue for Arlington County, passed away peacefully on January 7, 2020… In addition to her work in the Commissioner’s office, Ann was very active in the community.” [Dignity Memorial]

History of Royal Visits to Arlington — “If Prince Harry and Meghan Markle ever decided to make their home in the DC area, they’d be in good company. Many members of the royal family have made their way to Arlington over the years.” [Arlington Public Library, Twitter]