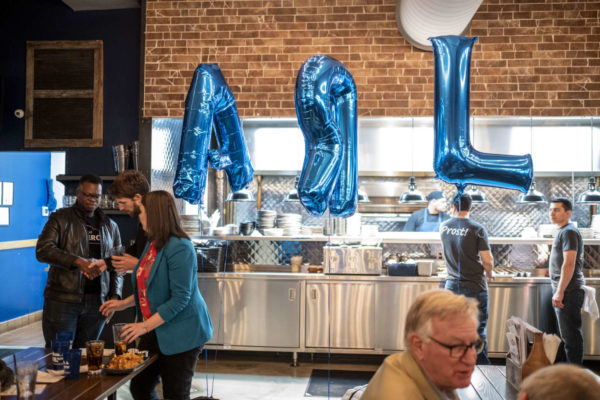 Public-Private Partnership for Pentagon City Planning — “County Board members on Jan. 25 approved a memorandum of understanding with the coalition of property owners in [Pentagon City], which will guide planning efforts and allocate $1.5 million – about two-thirds of it from the county government, the rest from landowners – to complete it. County Board Chairman Libby Garvey said the aim was a coordinated strategy for redevelopment of the target area, which totals about 85 acres.” [InsideNova]

APS Investigating Swastika Incident — “School officials launched an investigation this week after a student drew a swastika on a piece of paper and handed it to a classmate at a Northern Virginia middle school. The incident took place Tuesday at Thomas Jefferson Middle School in Arlington, according to a letter that Principal Keisha Boggan sent parents Wednesday. The hate symbol was later reported to Arlington County police.” [Washington Post]

Thanks, Arlington — Thank you to everyone who came out to our 10th anniversary party at Bronson Bierhall in Ballston last night. It was a packed house and we are incredibly grateful to have that kind of support from members of the community, local institutions like the Arlington Chamber of Commerce, local government, and our advertisers — who help support ARLnow and keep our local news free for all. We also met a few commenters and a few soon-to-be commenters last night (you know who you are). Finally, a big thank you to our current and former employees, whose tireless work has helped us reach this anniversary while growing to serve other communities in Northern Virginia.