A Crystal City-based startup that works to integrate energy generated at home with the electrical grid is looking to scale up operations and create a better product, thanks to new some new funding.

The Simple ConnectDER is a collar that connects to a home’s circuit. Solar panels can be connected to the collar and the output moderated by the system, which operates parallel to the home’s utility grid.

The Simple ConnectDER enables three key innovations in the DER installation process: it reduces the time that an electrician or utility representative must be onsite to interconnect the system to less than 10 minutes, it removes the need for installers to enter the residence (in the case of externally mounted electric meters), and it enables easy “swap-in” of future distributed generation resources as they are introduced to the market.  To date, over 5,000 ConnectDERs have been deployed to tie [solar photovoltaic] systems into the US electric grid. 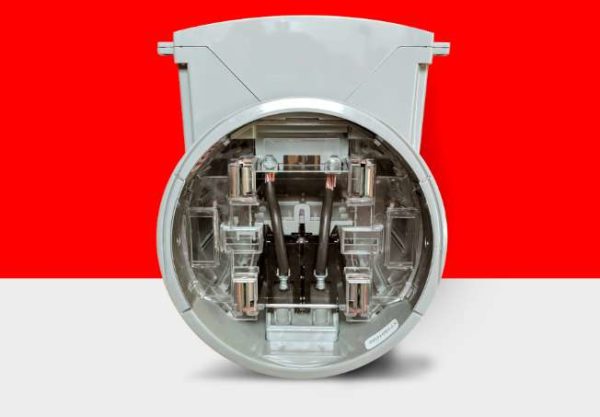 The company also offers over versions of the connector with more advanced features, like an ethernet bridge and cloud accessibility.

“The growth of residential-scale DERs such as solar and storage presents an enormous challenge for utilities tasked with integrating them into the grid cost-effectively and with an outstanding customer experience,” Whitman Fulton, CEO of ConnectDER, said in a press release. “At ConnectDER, we’re delivering technologies that can connect and transform these traditionally unmanaged resources — solar, storage, and EV charging–into grid-supporting assets at a fraction of the cost of current practices.”

“This funding underscores the market recognition that ConnectDER offers what utilities need to maximize the value of residential-scale technologies for the 21st century,” Fulton added.

The company will use the new funding to scale up operations and its supply chain, the company said in the release. The company is also looking to enhance the energy storage of the collar. A new version of the ConnectDER device that launched last week.