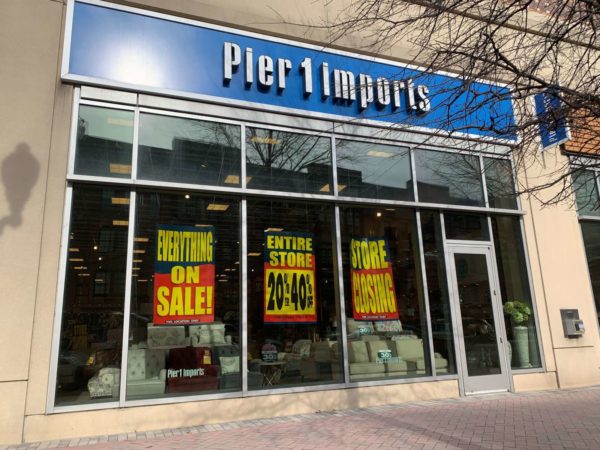 There’s little doubt that a retail apocalypse is underway, though there is some debate about how to assign blame.

Store closures and imminent closures in Arlington since last summer include Abercrombie & Fitch, Swatch and Papyrus at the Pentagon City mall; World Market in Pentagon City; Rite Aid in Crystal City; and Pier 1 in Rosslyn. Malls in Tysons have also seen a spate of recent closures.

Meanwhile, Ballston Common Mall recently underwent an extensive renovation. Instead of retail stores, of which there are but a few, the newly-rebranded Ballston Quarter focuses on restaurants, entertainment, fitness and other “experiential” businesses.

The prime suspect in the retail woes is the rise of e-commerce — driven in large part by a company that’s opening a large new office in Pentagon City. But there are other potential factors: long-time retailers not adapting to the current consumer environment, private equity firms loading retail chains like Toys R Us up with debt and watching them deteriorate, and an over-building of malls and other retail space.

Regardless of the exact set of causes, it is consumer behavior that ultimately controls the fate of retail businesses. So this morning we’re wondering: do you shop at physical retail stores more or less now than you did in 2018?

Let us know why in the comments below.