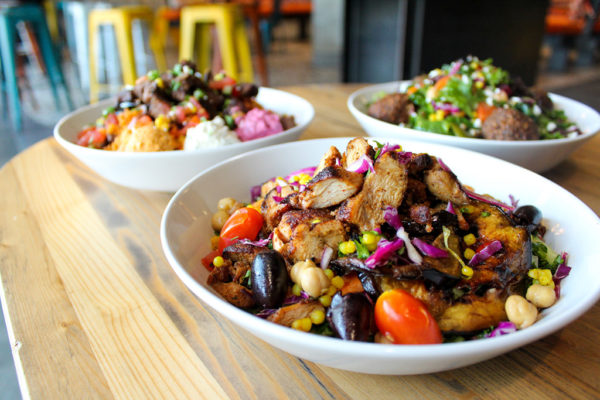 Mezeh will open at Fashion Centre at Pentagon City later this year, ARLnow has learned.

The fast-casual Mediterranean grill, which just opened a new location at Ballston Quarter mall, is planning to open at the Pentagon City mall in late summer or early fall, according to Renaud Consulting leasing agent John Marigliano.

The restaurant is set to open on the same level as the food court, Marigliano said. It is not yet clear as to which space it will occupy.

The company’s first stand-alone restaurant opened in Crystal City, at 2450 Crystal Drive, in 2015.