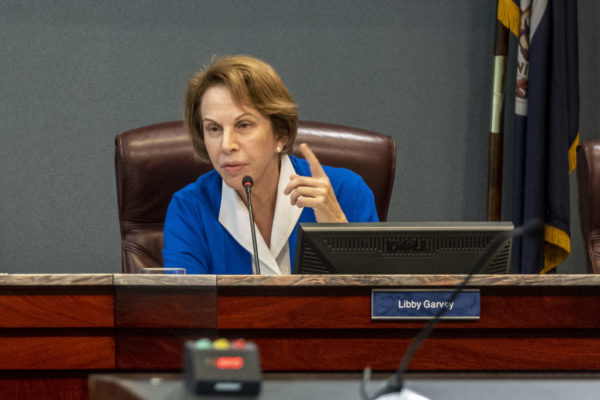 While reducing the human toll of the coronavirus outbreak is a top priority, Arlington officials are also trying to determine its impact on the upcoming county budget.

Given that the length and depth of the economic fallout from the outbreak is unknown at this point, county leaders are not sure how exactly it will affect the budget, which has to be approved before the start of the new fiscal year on July 1.

“Right now I don’t know,” said Arlington County Board Chair Libby Garvey, when asked what changes would be made to County Manager Mark Schwartz’s recommended budget. “I’d tell you something but it probably will change… I haven’t had a day go the way I thought it would go for weeks now.”

“Somehow we need a budget by then,” she said. “Clearly the process of getting there will change… it’s very difficult to create a budget when you don’t know what your revenues will be and what your expenses will be.”

Changes to the process include changes to work sessions and public hearings — one work session was cancelled earlier this week — and perhaps a later adoption date while details are worked out.

On the revenue side, the coronavirus outbreak will likely reduce what the county receives from meals, business and sales taxes, while hardship from the outbreak could prompt County Board members to lower the property tax rate. (Under its advertised tax rate, the rate cannot be raised.)

The county is, however, hoping for additional state and federal aid. 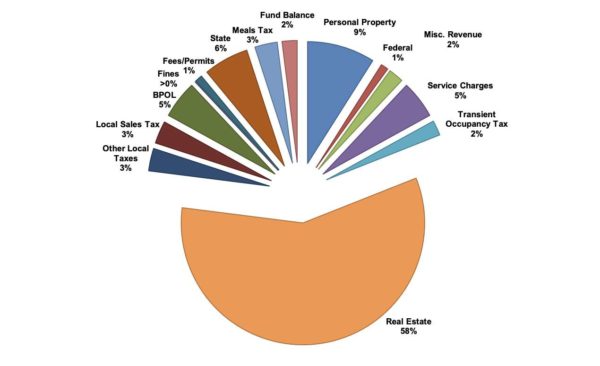 On the expense side, the budget will likely prompt more social safety net spending, among other urgent needs.

Ironically, this year’s budget was originally touted as a “good news budget,” with strong expected tax revenue allowing the county to painlessly tackle a number of priorities, from increases in employee compensation to elimination of library fines.

Now, such decisions will get more difficult.

Garvey said Schwartz has tasked departments with finding areas where current full time positions could be re-tasked and shifted to more urgent needs in the post-outbreak world. Another possibility: delayed openings for the under-construction Lubber Run Community Center and Long Bridge Park Aquatics Center, to save on the expanse of staffing and programming both facilities.

“The world has changed, and it’s about to be very clear how it changed,” Garvey said.

“Stay home as much as you can,” wash your hands frequently, and “if you go out, don’t go near people,” she said. She noted, however, that “having people go out for a walk, a bike ride, is great… being outside and getting exercise is good for you.”

Garvey was critical of Virginia Gov. Ralph Northam only setting a 10-person capacity at public gatherings and establishments like restaurants and gyms, rather than — as the county would prefer — closing them to completely to everything but food takeout and delivery. Not only does it not go far enough, she said, but it’s difficult to enforce.

According to Garvey, it takes local governments three consecutive visits of both a police officer and a public health official to be able to shut a non-compliant restaurant down — and police officers and public health personnel are currently needed for higher priorities.

Also, Garvey said, it’s impossible for Arlington County Board meetings to be held in compliance with all laws. There are 10 people, including Board members, county employees and security, needed at County Board meetings, thus reaching the limit for public gatherings. But public access laws require Board meeting to also be open to the public.

“We need good leadership from Richmond and we need it now,” Garvey said. “Can we please, please use common sense. We need the rule of law, yes, but we also need common sense.”

The Board Chair thanked local businesses that have followed the County Board’s lead and closed up shop or gone takeout- and delivery-only.

“I do want to give a heartfelt expression of gratitude to those who have done the responsible thing,” she said. “It’s not easy for them and we very much appreciate it.”