Sponsored by Monday Properties and written by ARLnow.com,  Startup Monday is a weekly column that profiles Arlington-based startups and their founders, plus other local technology happenings. Monday Properties is proudly featuring Shirlington Gateway. Say hello to the new 2800 Shirlington, which recently delivered a brand-new lobby and upgraded fitness center. Experience a prime location and enjoy being steps from Shirlington Village, a large retail hub with a variety of unique restaurants and shopping options. Spec suites with bright open plans and modern finishes are under construction and will deliver soon!

(Updated at 1:55 p.m.) For a while, things at Wireless Rxx (2340 Columbia Pike) were going okay. Owner James Sampson said there was a rush on getting smartphones and other devices fixed the first week of March, and he was able to pay his employees and get them a small bonus.

Like many businesses in Arlington, however, the swift spread of the pandemic and the subsequent social distancing measures caused a sharp downturn by the end of the month, and Sampson was the sole worker left at his technology repair shop.

“Things dipped down so quickly,” Sampson said. “At first I had to furlough one college kid. Others had to let go and show them how to sign up for unemployment.”

Sampson said some of the signs were there early on for him.

“It started a little earlier with problems with the supply chain,” Sampson said. “In China, where our distributors are, Chinese Lunar New Year is the first week of February. There will be a week where you don’t get any shipments. But right after that coronavirus hit and nothing was shipping. It’s been months now where nothing’s shipping.” 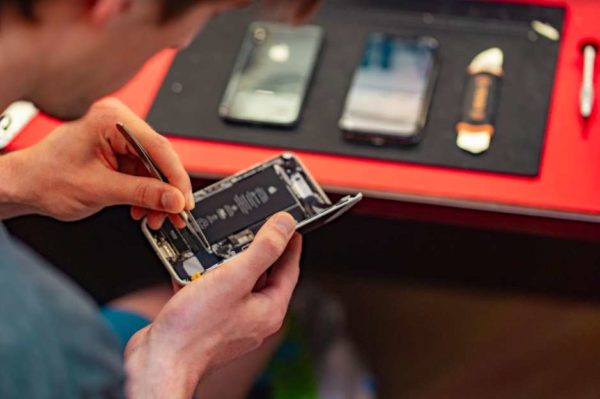 Sampson said he started having to tell people that the repair parts for their devices were being held up at a warehouse in New York as impacts rippled down the supply chain. That increased prices too, with Sampson saying he had to raise prices $15 to $20 because of price increased sent down to him.

“I was getting letters from wholesale distributors saying they’re operating at 30 or 40% capacity,” Sampson said. “Because how how globalized economy and world is, it didn’t take too long to affect businesses in the U.S.”

Wireless Rxx is considered an essential business in Virginia and is open. But the store was briefly closed because Sampson didn’t feel comfortable making employees face possible exposure to COVID-19.

Today, it’s just Sampson. Before the pandemic, he said there were usually between 20-30 people walking into the store per day. It’s by appointment only, for now, with a sign in front of the store telling customers to call and set something up. Sampson also does on-the-go repairs now, traveling around Arlington to make fixes. Where he’d have 15-20 repairs a day, though, Sampson said he’s now doing between one and three. 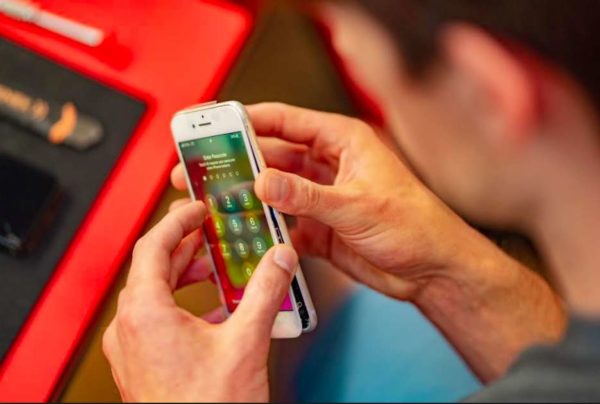 “Things are slowing down,” Sampson said. “I’ve started to market more online. As of right now, though, it’s just me.”

Sampson said he’s never missed rent in two years of operation, and while the rent is subsidized next month he said he’s still not sure if he’ll be able to pay it. Deferred payments could leave him with triple his usual rent in a few months. Sampson applied for small business loans, but said he was worried his business would be considered too small to get the $10,000 goal.

“I was much more gung-ho two weeks ago than I was yesterday or two days ago,” Sampson said. “As it’s started to go on longer and longer and the repairs start to dwindle.”

Sampson works on all types of devices. Recently a lot of the jobs have been helping customers set up video conferences and meetings, but he said that doesn’t pull in the kind of money repair jobs do.

“My slogan is I can fix everything but your relationships,” Sampson said. “If it has a power button, I can help you out. Computers, laptops, iPad, etc.”

The best thing for his business, Sampson said, is for people to spread the word about getting their devices repaired rather than replaced.

One small windfall for Wireless Rxx is that Apple stores have closed up shop, so if you want anything repaired your only local option is repair locations like Sampson’s. Over the weekend, Sampson said he had a few people — like a college professor about to give a lecture — contact him with dire repairs.

“I’ve stopped friends from buying their new iPhone 11s and stuff,” Sampson said. “I tell them to save [money] and bring it to me.”