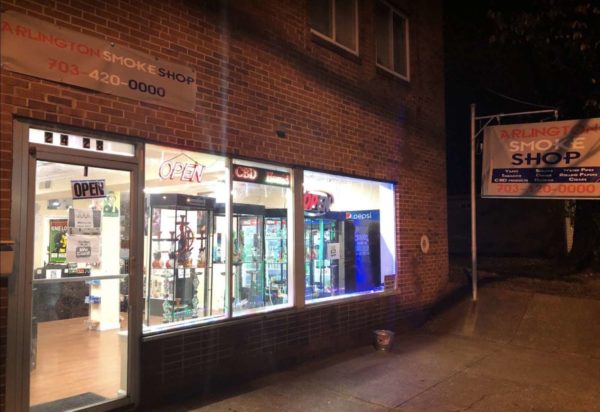 Police say the two juveniles broke into the store —  the Arlington Smoke Shop at 2428 Shirlington Road — early on a Sunday morning in late March and were in the process of stealing items when an employee emerged from a backroom with a gun and opened fire.

One of the suspects was shot “point blank in the back,” and the shooting was caught on video surveillance, prosecutors said. The employee, 33-year-old Hamzeh Abushariah, is now facing serious charges including Malicious Wounding. Gun rights advocates have taken up his cause, which has received national attention on Fox News and other, mostly conservative-leaning media outlets.

While Abushariah’s case is pending, police today announced that two of the alleged burglars are also now facing a slew of charges.

An investigation into the role of a third suspect — who has not yet been charged — “is ongoing,” police said.

The individual who was shot was one of the two suspects facing charges, Arlington County Police spokeswoman Ashley Savage tells ARLnow. That suspect “remains in a medical facility,” she said.